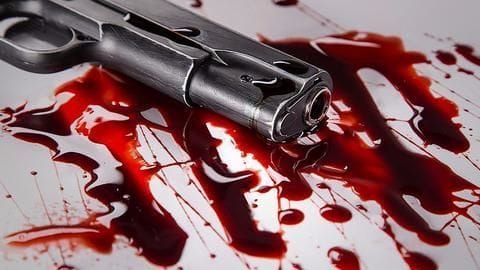 The villagers of Seraikela-Kharsawan, East Singhbhum and West Singhbhum districts (Jharkhand) had gone into frenzy. They were worried about their children, who they believed were going to be abducted.

On May 18, locals picked up weapons and beat seven strangers to death.

The source of their tension? A WhatsApp message.

What did the provocative message say?

"Suspected child lifters are carrying sedatives, injections, spray, cotton and small towels. They speak Hindi, Bangla and Malayalam. If you happen to see any stranger, inform police as he could be a member of the child-lifting gang," read a Hindi message circulating on WhatsApp.

This was not an isolated incident This is not an isolated incident. Last month, messages about Baba Ramdev's death went viral on WhatsApp. He eventually took to Twitter to deny the rumors.

Earlier this month, there was panic in Mumbai after 'fake' news spread on WhatsApp about derailment of a train.

Even in the aftermath of the WannaCry attack, messages were circulated warning ATMs will remain shut down for days.

WhatsApp displaces Facebook as the new source of fake news? WhatsApp has over 200 million monthly users in India. Naturally, there is no censorship.

There are many like the Jharkhand tribals, who "lack the ability to distinguish between rumor and news".

But is banning the way forward? "We are in talks with service providers and might ban social media in the district for a day or two," said East Singhbhum rural SP, Shailendra Burnwal.

In April, J&K banned social media for a month, including WhatsApp, to prevent "anti-national elements" from spreading "inflammatory messages".

However, the app also gives voice to many who might not have been able to convey their concerns.

Or should regulation be considered?

Last month, Varanasi made the circulation of "factually incorrect, rumor or misleading information" on social media a punishable crime. "Administrators must include only those who are personally known to them", the notification said. Will regulation work better? We will have to wait and see.