What rural India does for entertainment? 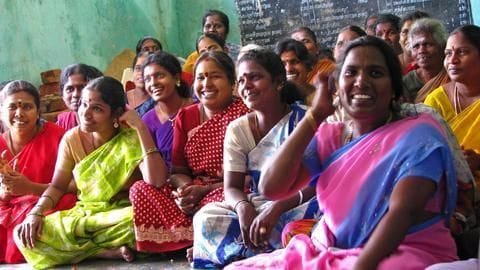 While urban Indian film buffs have ditched single-screen theatres for multiplexes years ago, those in villages now have their "own version of upward mobility"- DigiPlexes.

Not only entertainment but edutainment too The success of DigiPlex attracted several agencies, including Central and State government agencies, to reach out to rural audiences.

DigiPlex venues are being used by the agencies to make people aware of schemes.

People were also prompted to use apps like BHIM to help drive digital transactions.

In 2013, Hindustan Unilever Limited launched 'Kan Khajura Tesan' initiative to reach out to people in Indian states like Bihar, Jharkhand and Uttar Pradesh. Customers gave a 'missed call' to a given number to access a stream of entertainment on their handsets.

Entertainment, the primary driver of Internet use According to Internet and Mobile Association of India and research firm IMRB, rural India mostly uses the internet for entertainment- to download videos, music, and photos.

The number of rural mobile Internet users has gone up by 26% compared to urban users in 2016.

While urban India with 51% penetration is reaching the saturation point, rural India with 16% is the future growth market. Though the audio and video quality of these films is bad, viewers are happy as the parlors provide entertainment.

With the advent of smartphones in rural India, WhatsApp has become one of the best tools for entertainment. Leaked videos of latest releases can be shared by anyone even in WhatsApp groups. Also, films are leaked on Facebook, which is easily accessible.