Why do so many IITians commit suicide? 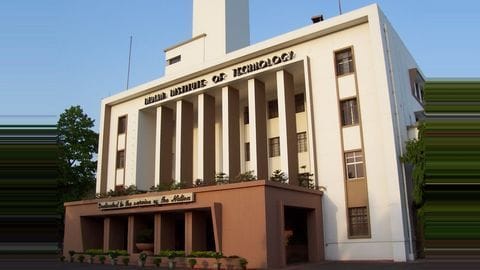 During January-April 2017, there were four suicides at the prestigious IITs, three at Kharagpur.

Talking about all education institutions, one student commits suicide every hour in India, according to the National Crime Records Bureau, but number of attempts is much higher.

With such alarming statistics, something has to be drastically wrong. But IIT-Kharagpur has now come up with innovative methods to help students de-stress. Five years ago, according to WHO, Indian youths of both sexes aged 15-29 registered the highest suicides across all demographics: 30-40 of 100,000 youths killed themselves.

'Family problems' were the leading cause; most reported feeling excessive pressurized to achieve 'success', whether in academics or careers.

In fact, in 2013, 2,471 students killed themselves due to "failure in examination", and these are only those reported.

The IIT journey is a particularly tough one For aspiring IITians, the battle starts from IIT-JEE. As most media houses celebrated the toppers, not many covered the case of Ajit Pramanick and hundreds of others, who kill themselves after failing to get in.

Once in, there are another four years to go with frequent tests, demanding assignments and intense pressure. IIT-KGP has now started cutting off electricity for an hour on some evenings, so students are encouraged to leave their rooms, go out and spend time with their peers.

Starting this session, free tea/coffee vending machines will also be in place.

'The science of happiness well-being' is now a course IIT-KGP is also introducing "the science of happiness well-being", a three-credit course, from the next year. They will be run by the institute's Rekhi Centre of Excellence for the Science of Happiness.

Parents' role is being recognized; a program has been designed for them to undergo interaction with psychiatric professionals.

The institute has also launched a Facebook page to connect students to counselors.

Hands-on learning vs theory- A 'mismatch' between expectations and reality A few days later, IIT-Delhi decided to overhaul its curriculum - it decided to bring in more hands-on learning and cut down on theory to make up for the "mismatch between the expectations of the IIT and the students joining it".

IITians are victims of more than academic pressure It's not just academic pressure. Caste and gender discrimination are still realities. Many suicides at IITs are of SC/ST students, who are often assimilated poorly into the institute.

Last month, a PhD scholar killed herself allegedly due to pressure for dowry.

There's also a lack of professional help. India has three psychiatrists for a million people, a ratio that even reflects inside the institutes.

So are IIT-KGP's creative way helping?

Yes, say most. "(The blackout) was like an outreach program where the administration wanted to speak to us… Students interacted with each other, even discussing the suicides that had been troubling for many," said Anisha Sharma, a student. Hopefully such measures will be stepped up.