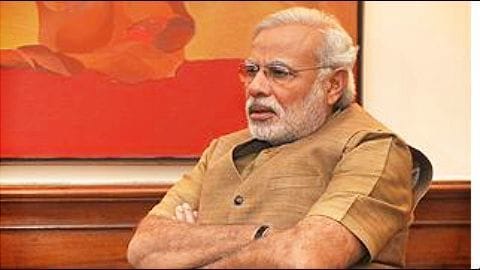 Suspended BJP lawmaker Kirti Azad asked for the Prime Minister to intervene in the DDCA row and also sought "specific reasons" for the disciplinary action against him by the BJP.

Azad reiterated that his fight was against corruption in the DDCA and not against Jaitley or any individual.

He said that he was hopeful "Prime Minister will listen to my plea and do justice."

Who is Kirti Azad?

Kirti Azad is an Indian batsman and off-spinner known for his memorable innings against Pakistan in 1983. He is a BJP Member of Parliament from Bihar.

When did the row begin? Kirti Azad raised the issue of corruption in the Delhi District Cricket Association during the monsoon session of Parliament.

The Sports Ministry asked the Delhi government to look into Azad's allegations.

The AAP government began targeting Arun Jaitley over the irregularities.

Kirti Azad also began pushing for a probe into the matter, saying he was against corruption and not against the BJP or Jaitley. Kirti Azad held a press conference on December 20, alleging that Arun Jaitley did nothing to stop financial mismanagement during his tenure.

On December 21, Azad along with the Congress demanded a time-bound Special Investigation Team probe into Jaitley's tenure.

On December 22, he tweeted that he wasn't afraid of Jaitley and called him an 'eunuch', though later claiming his Twitter account was hacked. The BJP is considering initiating disciplinary action against MP Kirti Azad for his comments about Finance Minister Arun Jaitley's role in the DDCA row.

BJP sources stated that "Kirti has been accused of acting in concert with opposition leaders", and that he may be suspended for anti party activity.

Azad stated that his statements were "not personal" and were only about exposing corruption. Prime Minister Narendra Modi defended Arun Jaitley's character and came out in support of him in the DDCA row.

BJP President Amit Shah reprimanded Azad on Dec 19 for his stance on the DDCA issue.

Those batting for Kirti Azad's side BJP MP Shatrughan Sinha said the BJP must be cautious when dealing with a "hero" like Azad, and that Jaitley should "follow Advaniji's example & come clean".

Analysts assess that the prolonged silence by senior party members over Azad's comments indicates that he has supporters in high places within the BJP. The BJP Parliamentary Board has suspended MP Kirti Azad for maligning Arun Jaitley by accusing him of financial misappropriation in the DDCA.

A statement from the BJP said that a show cause notice has been issued to him asking him to explain his "anti-party conduct".

Party members state that further action may be taken against him after he furnishes his response to the notice. The BJP's action against Mr Azad saw rival political parties hit out with Azaad himself saying that he would like PM Modi to tell him what he did wrong.

Congress VP Rahul Gandhi lashed out against Modi's silence on the whole issue.

AAP leader Ashutosh said the suspension "proves that BJP is on the side of the corrupt." Suspended BJP lawmaker Kirti Azad asked for the Prime Minister to intervene in the DDCA row and also sought "specific reasons" for the disciplinary action against him by the BJP.

Azad reiterated that his fight was against corruption in the DDCA and not against Jaitley or any individual.

He said that he was hopeful "Prime Minister will listen to my plea and do justice." Kirti Azad claimed at a press conference that a SFIO probe report on the DDCA had recommended "prosecution" of Arun Jaitley for irregularities during his tenure as DDCA chief.

He stated that several politicians affiliated to the BCCI including UPA Sports Minister Ajay Maken were involved in covering up details of mismanagement in DDCA. Acting DDCA President Chetan Chauhan said that a lot of "false" charges have been levelled against the state cricket body and it was forced to take legal recourse.

Charges will also be brought against other AAP leaders.