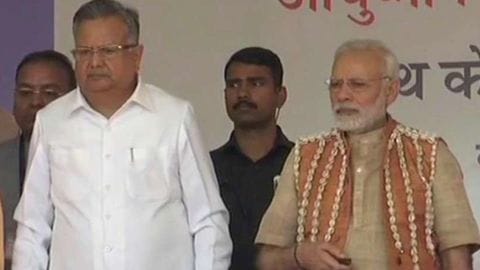 He also inaugurated the first phase of the Bastar Internet scheme under which 40,000kms-long-network of fibre optics would be spread across seven districts.

Further, the PM inaugurated a new rail line and a passenger train between Gudum and Bhanupratapur.

What is the significance of the inaugurated projects? 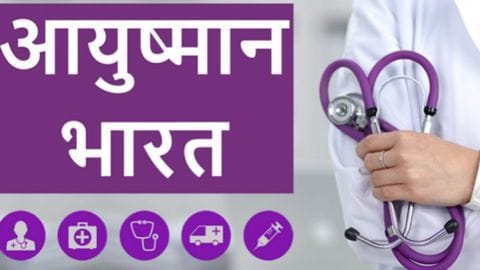 Under Ayushman Bharat, popularly known as Modicare, government plans to open 1.5L health and wellness centres by 2022 to treat diseases like blood pressure, diabetes, cancer and old-age illnesses. Bijapur is one of the 115 most-backward districts. 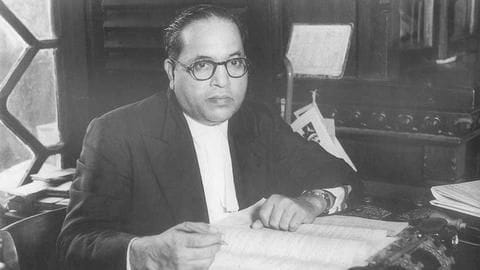 While speaking at the event, PM Modi spoke about the significance of April 14 being Babasaheb Ambedkar's birth anniversary.

He hailed the Constitution's chief architect for his role in Indian society's growth.

He said a person from humble background like him could become PM because of Ambedkar's contribution to social awakening.

Bellowing "Jai Bhim" to the crowd, Modi urged people to repeat it. 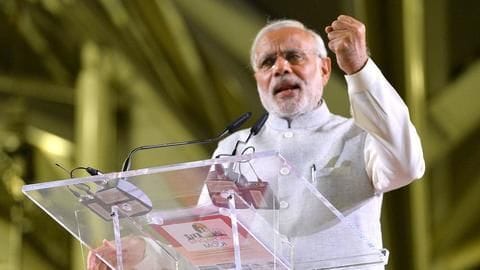 Modi specified that of the 100 most-backward districts, Naxal-prone Bijapur has shown the most development in last three months. He praised officers working on the ground.

Separately, he asked youth to give suggestions to coin an easy term for "Health and Wellness Centre," one of which was inaugurated in Bijapur.

He clarified the goal isn't to treat illness but prevent it.

Why is PM's Chattisgarh visit important? 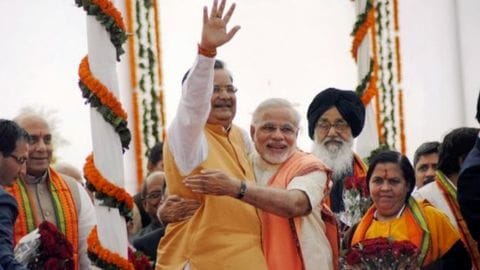 Chattisgarh Assembly elections are set to be held later this year. Keeping this in mind, PM Modi made a few promises.

He claimed Chhattisgarh is moving in a positive direction due to the good performance of the students.

He further promised that the National Mineral Development Corporation's (NMDC) steel venture, a 3MTPA (million tonne per annum) plant will be constructed soon.

Soon, cancer specialists will look into cases of Modicare beneficiaries