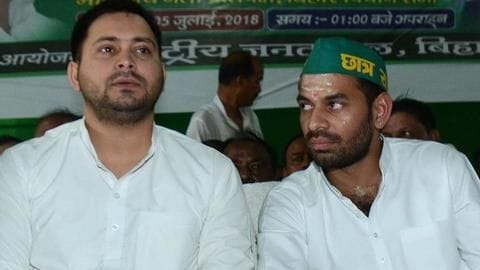 Confirming months of speculations, the eldest daughter of Lalu Prasad Yadav and Rabri Devi, Misa Bharti, said her brothers Tejashwi and Tej Yadav are fighting, but later clarified all is well.

Notably, both of them, former ministers in Nitish Kumar Cabinet, were summoned by their father Lalu who advised them to make amends at a time when the party was at its weakest.

After confirming rift, Misa attempts a cover up At a 'Litti-Chokha' event organized for party workers at the outskirts of Patna on Monday, Misa said, "Why to talk about others when there are explicit differences among brothers in my own family".

She soon added minor differences were common, and then said RJD was a big family and votes wouldn't be affected.

She also likened herself to Rani Laxmibai who wouldn't tolerate backstabbers.

"I am a woman. If the enemy musters courage and wages a war face-to-face, I can become a Rani Laxmibai and fight back. But I cannot tolerate someone, whether a worker or a leader, backstabbing me," Misa said. 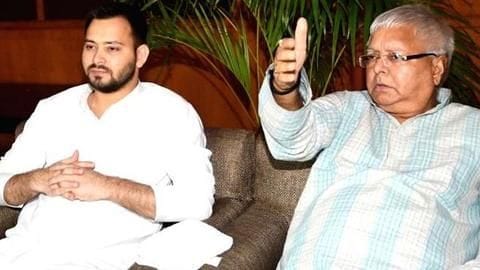 It is reported Tejashwi's promotion to Lalu's heir apparent is the reason for the rift. His elevation didn't sit well with Tej and Misa.

On various occasions, Tej expressed he was kept away from important matters. However, when confronted with these rumors, Tejashwi had said it was BJP's handiwork.

About Misa's recent remarks, Tejashwi said he doesn't know what she said. Lalu who is in jail, serving time after conviction in fodder scam, held a family meeting hoping to iron out differences.

But Congress, which is trying hard to stitch a grand-alliance, said the brothers' bond is strong.

"My statement has been twisted. I had asked party workers to remain united and forget differences, the comment was not on our family. The family is one, there are no differences between us," Misa said after her statement kicked a political storm.