ND Tiwari, former CM of UP and Uttarakhand, dies 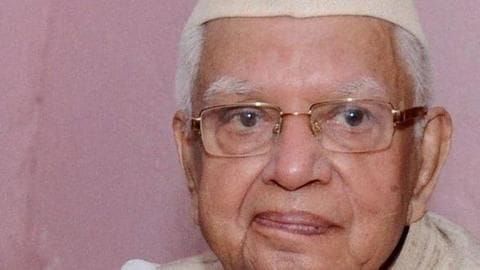 On Thursday, the former Chief Minister of Uttar Pradesh and Uttarakhand ND Tiwari passed away. He was undergoing treatment at the Max Hospital in Saket, Delhi.

Tiwari was elected the Chief Minister of Uttar Pradesh thrice and was the CM of Uttarakhand once.

In Prime Minister Rajiv Gandhi's cabinet, he served as the Minister of External Affairs from 1986-1987. Tiwari was the first political leader of the country who served as CMs of two states. An active participant during India's battle for independence, Tiwari was impressed by Nehru-Gandhi ideology.

When he was appointed the CM of newly formed Uttarakhand, he played a major role in quelling revolutionary forces in the state.

At one point in his career, he was also seen as a PM candidate. Tiwari is survived by his wife Ujjwala Sharma and son Rohit Shekhar. Notably, October 18 is his birthday.

His health deteriorated after he suffered a brain stroke in September last year.

A Congress veteran, Tiwari and his son Rohit joined the BJP this year, ahead of the Uttarakhand Assembly elections which proved to be costly for the grand old party.

Tiwari was asked to leave his former residence ND Tiwari was one of the six Chief Ministers of the state who was asked by the Supreme Court to vacate his former residence.

His wife told the court to allow them to stay in the residence citing his poor health.

After a lot of hoopla, Tiwari and his family left the property.