Siddaramaiah attacks Modi while BJP-lawmakers from Karnataka stay at resort 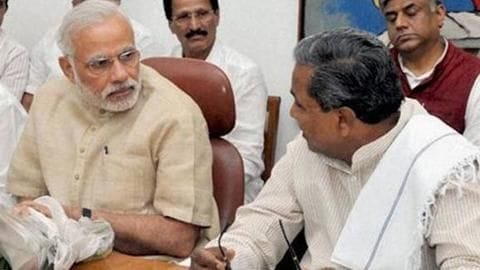 Former Karnataka Chief Minister Siddaramaiah launched a sharp attack on Prime Minister Narendra Modi on Tuesday over the coalition crisis in the state and asked him whether his saaf niyat slogan was about grabbing power through a coup. The independent MLAs who resigned are R. Shankar and H. Nagesh. In a letter to Karnataka Governor, they underlined they were withdrawing support from the government immediately.

The desertion doesn't affect the government, which has a strength of 117 in the 224-member house.

The magic number is 113 and as of now, the government is well above it. However, things could change swiftly.

Kumaraswamy has reasons to worry but Deve Gowda feels otherwise 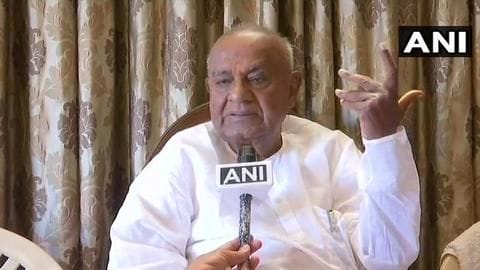 Reports claim that at least 5 Congress MLAs could switch loyalties and join hands with BJP. This could jeopardize the strength of the government.

While the series of events is troubling for Kumaraswamy, JD(S) chief HD Deve Gowda said there's nothing to fear.

"The two MLAs are not affiliated with any party. They are independents. There is no need to hype it," he said.

On a related note, BJP lawmakers are staying in Gurugram 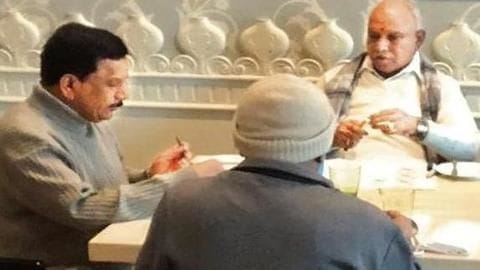 Meanwhile, Operation Lotus as it is referred to in political circles in underway in full swing.

From Bengaluru in Karnataka, nearly 100 lawmakers of BJP, including BS Yeddyurappa, have been stationed at a resort in Gurugram.

The security has also been beefed up at the resort.

BJP dismisses claims of coup but says government will fall 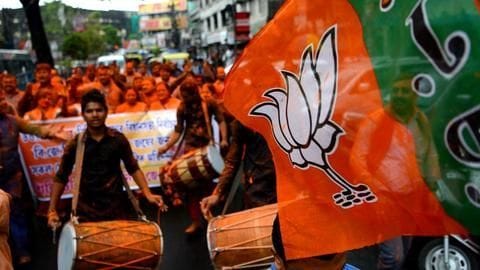 While reports suggest, the lotus could bloom in the southern state, months after BJP became the single largest party, the MLAs have refuted all claims.

BJP has maintained the lawmakers came to Delhi for the National Convention and are not trying to bring down any government.

"It (government) will fall on its own," said P Muralidhar Rao of BJP, adding there was internal conflict.

What is the Karnataka political crisis?

Who are the MLAs who resigned from government?

The MLAs who resigned are R. Shankar and H. Nagesh.

What did Siddaramaiah say?

Siddaramaiah asked Prime Minister Narendra Modi if he wanted to grab power through a coup.

Can the Karnataka government fall?

The government is well above the magic number now. In the 224 member assembly, one needs 113 MLAs to form a government.