Amid the tense situation in Assam over Citizenship (Amendment) Bill, a BJP leader was on Wednesday thrashed and manhandled by protesters in the Tinsukia district of the state.

Lakheswar Moran, the district president of BJP, was beaten when he went to a meeting organized by Lok Jagran Manch.

The RSS affiliate has been holding meetings to dispel myths around the bill. 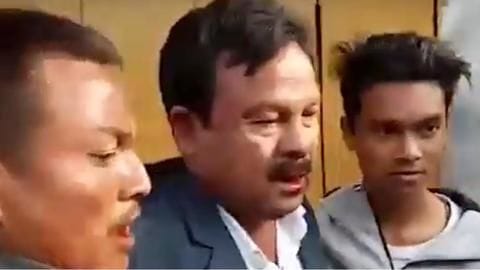 According to NorthEast news, Moran was greeted with black flags by around 3,000 protesters.

Soon things took an ugly turn and Moran was assaulted. An eyewitness told the daily protesters rained blows and kicks on him but the police didn't intervene.

"He tried to flee but fell after hitting a bicycle. It was then the police finally came to his rescue," the eyewitness said. 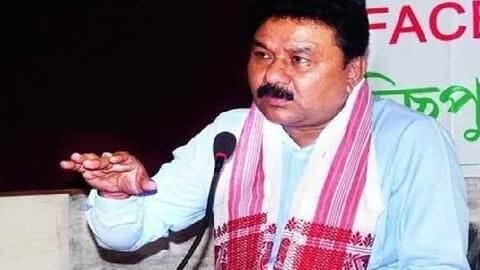 Ranjit Kumar Dass , BJP's president in the state, condemned the attack and asked protesters to not cross 'Lakshman Rekha'.

Dass said a team of BJP will press the authorities to take action against the perpetrators.

Notably, an FIR has been lodged.

"We don't have any problem if someone protests with black flags or goes nude. But if someone does like it was done in case of our Tinsukia district president, our 29 lakh karyakartas [workers] will not remain silent," Dass told TOI. Earlier, Dass had said the perpetrators also tried inciting violence in Nalbari, where Chief Minister Sarbananda Sonowal, health minister Himanta Biswa Sarma and other ministers had gone to lay the foundation stone for a medical college.

He alleged AASU got support from local Congress leaders, and claimed BJP cadres had photographs to show the grand old party was involved in the unrest in Nalbari.

Northeast is boiling due to Citizenship (Amendment) Bill 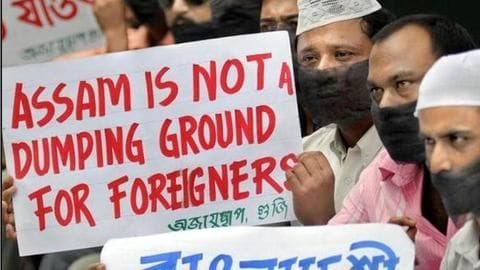 The Citizenship (Amendment) Bill, which seeks to provide Indian citizenship to Hindus, Jains, Christians, Sikhs, Buddhists and Parsis from Bangladesh, Pakistan and Afghanistan, after they have lived in the country for six years, has led to violent protests in the Northeast.

Protesters believe the bill negates National Register of Citizens (NRC) and will encourage migration from Bangladesh.

But Centre hopes to pass the bill soon.

Lakheswar Moran is a BJP leader who is the president of the party in Assam's Tinsukia district.

What happened to Lakheswar Moran?

Who led the protests?

What did BJP say on this incident?