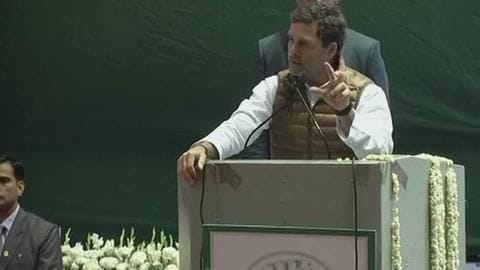 Speaking at the AICC minority convention in Delhi, Congress chief Rahul Gandhi, on Thursday, said that his party would strike down the law criminalizing triple talaq, if voted to power.

RSS trying to capture institutions; will keep them out: Gandhi 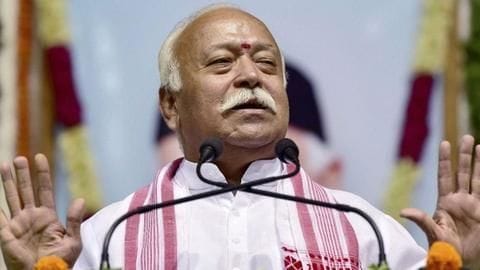 Gandhi further alleged that the RSS was attempting to capture major institutions, from the judiciary to the Election Commission.

He vowed to remove RSS people in such institutions from Rajasthan, Madhya Pradesh, and Chhattisgarh - the three states where the Congress recently grabbed power.

Gandhi also accused PM Modi of flying to China for an agenda-less summit when China had sent its army to Doklam.

"Constitution is the battlefield on which this election is being fought. RSS wants to run the country from Nagpur. Narendra Modi is the face, Mohan Bhagwat is the remote control," said Gandhi. Gandhi also challenged PM Modi to a five-minute debate on national security and the controversial Rafale deal, and called him a 'coward' afterwards.

However, this isn't the first time Gandhi has challenged PM Modi to a debate - in November last year, Gandhi had dared PM Modi to have a debate with him on the Rafale deal.

"I challenge the BJP, let Narendra Modi ji debate with me on stage. He is scared. He is a darpok (coward) person. I have recognised him," said Gandhi.

#WATCH Rahul Gandhi: I challenge the BJP, let Narendra Modi ji debate with me for 10 minutes on stage. He is scared, he is a 'darpok' person. pic.twitter.com/tjr1qkPI5l