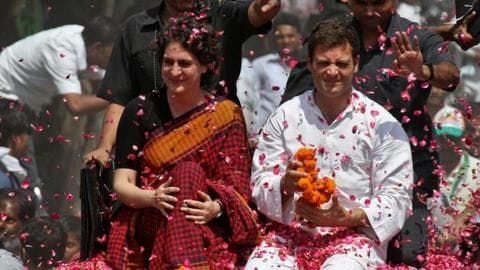 Priyanka Gandhi Vadra, the in-charge of Congress for UP East will sound the poll bugle in Lucknow with a grand roadshow on Monday.

She will be accompanied by her brother and party president Rahul Gandhi as well as Jyotiraditya Scindia, her counterpart for UP West.

RaGa took to Twitter to announce they would reach the Uttar Pradesh capital around noon. 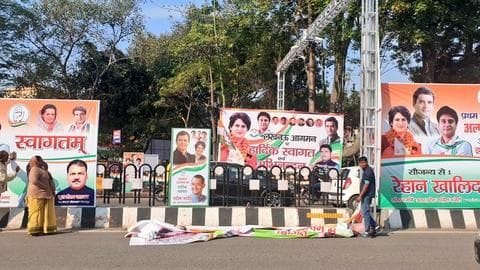 The roadshow, which will reportedly be 30 kms long, will pass through the most congested areas of Lucknow.

From Lucknow airport, the leaders will go to Hussainganj, Hazratganj, before ending the roadshow at the party office.

This is Priyanka's maiden visit to UP after she formally joined politics. She will stay in the state for three days to chalk out the election strategy.

Congress left no stone unturned in preparing for the roadshow 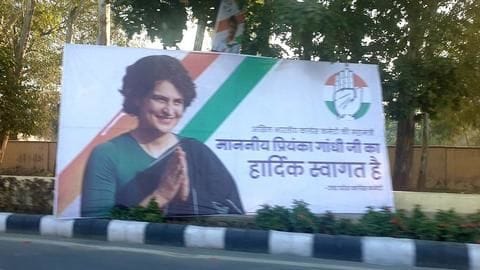 Considering all eyes are on the roadshow, Congress made opulent plans for it.

Large hoardings have been put up on the path to be trodden by the leaders and the party office has also been decked up.

Besides, Congress workers also formed a Priyanka Sena. The members of this army donned T-shirts having her face on it.

The leaders could address party cadres too. In an audio message which was released on Congress' Shakti App on Sunday, Priyanka confirmed her visit.

"I hope we all will make a new beginning in politics that will include you all. My young friends, my sisters, and weakest person, all will have a say," she said.

Separately, Scindia also released a message urging young people of UP to bring about a change. Giving more insights on Priyanka's visit, Babbar said she will meet partymen between February 12 and 14.

"Priyanka Gandhi and Jyotiraditya (Scindia) will begin touring the Lok Sabha constituencies of east and west UP, respectively, on February 18," Babbar said.

According to HT, Priyanka may also hold roadshows in other cities. A visit to Kumbh Mela in Prayagraj is also under consideration. 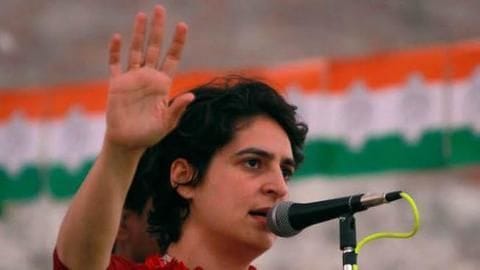 Priyanka, whose plunge into active politics was announced last month, is seen as Congress' trump card. Earlier, she restricted herself to campaigning for brother RaGa and mother Sonia, but now her challenge is to revive the party in UP.

In the 2014 elections, Congress only managed to retain its bastions- Raebareli and Amethi.

It's left to be seen how Priyanka changes Congress' fate.

At what time will Priyanka Gandhi's roadshow begin?

Priyanka Gandhi's roadshow in Lucknow is expected to start at noon.

Who all will accompany Priyanka Gandhi?

Priyanka Gandhi will be joined by her brother Rahul Gandhi and Jyotiraditya Scindia.

How has Congress planned for the roadshow?

Congress put up hoardings of Priyanka on the streets of Lucknow. The party office was also decked up.

How many Lok Sabha seats are there in UP?