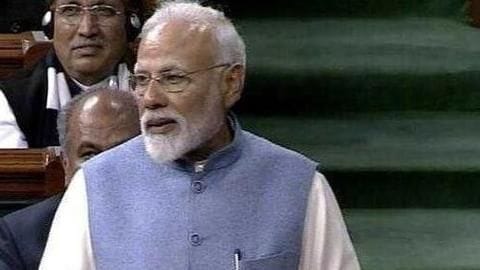 Prime Minister Narendra Modi on Wednesday delivered his last speech in the Lower House before the 16th Lok Sabha was dissolved for general elections due in April-May.

And he didn't leave the opportunity to take a dig at Congress President Rahul Gandhi.

PM Modi said they were told many times about an impending earthquake (a reference to RaGa's speeches), but nothing happened. Referring to the iconic hug which Rahul Gandhi gave to PM Modi after his speech on the no-confidence motion, the latter said he now knows the difference between "galay milna and galay padna".

About Mallikarjun Kharge, PM Modi said, "Conversations with him helped me stir my thought process."

Where was the earthquake, asks PM Modi

PM Modi is happy with how his government worked Praising the work his government did in the last five years, PM Modi said not only were 1,400 redundant laws done away with, but his government also brought a more transparent process.

He said India became more self-dependent in these years and took strides towards development.

"This is after three decades that country saw a government being formed with a complete majority," PM Modi.

I entered the Parliament for first time in 2014: PM

"In 2014, I was among the parliamentarians who were in Parliament for the first time. This is the first time that there are so many women ministers in the Cabinet. So many women overseeing security and a woman speaker," PM Modi added. 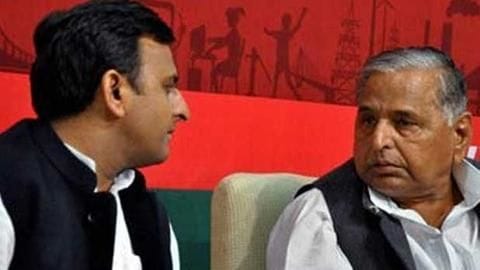 While a lot happened on the last day of the budget session, Samajwadi Party patriarch Mulayam Singh Yadav's statement took the maximum attention.

In his address to the House, Yadav said, "I want him (Narendra Modi) to become Prime Minister once again. I congratulate him for trying to taking everyone together."

Notably, his son Akhilesh is a member of the 'mahagathbandhan'.

#IndependenceDay: India to get Chief of Defense Staff, announces Modi