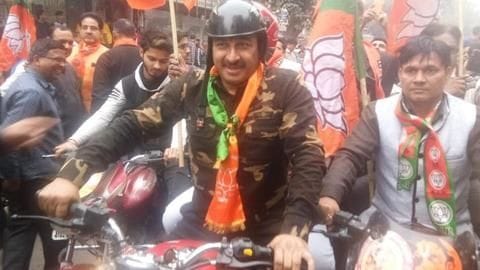 BJP Delhi Chief Manoj Tiwari drew Opposition's ire for addressing a rally wearing military fatigues but he felt there was nothing wrong in it.

Tiwari was addressing the Delhi leg of BJP's "Vijay Sankalp" bike rally on Saturday and his choice of clothes gave the impression that he was politicizing IAF strikes.

Accused of insulting soldiers, Tiwari said he was "proud of them". 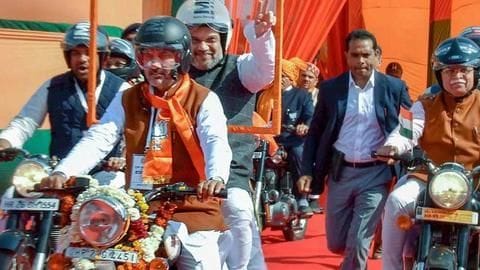 The rally was intended to tell people about schemes of Centre and progress of Narendra Modi government.

While Shah headlined the main event in MP, top BJP leaders did the same in various states. The rally reportedly took place in 3,500 locations across the nation.

Tiwari's choice of clothes got more attention than his words 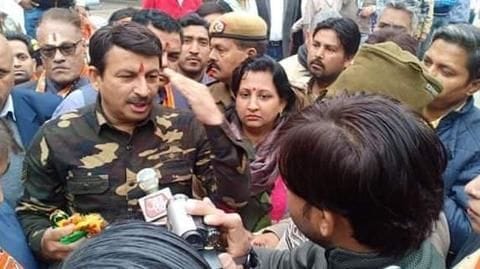 At a time when India and Pakistan are witnessing worst escalation in decades, Tiwari dressing up in a military uniform to campaign for PM Modi was bound to garner criticism.

Former Chief Minister of J&K Omar Abdullah posted a picture of Tiwari and tweeted: And senior BJP leaders including the Hon PM want to lecture the opposition about politicizing the recent military action. Go figure! 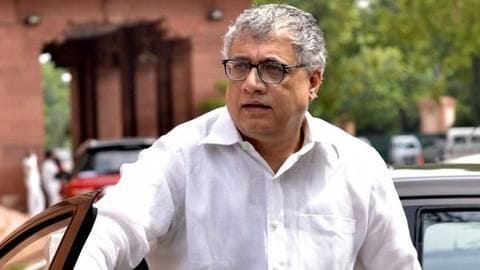 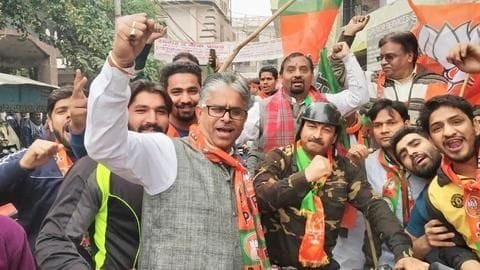 But Tiwari was unfazed by the criticism. He asked how could his choice of attire an insult to soldiers.

"I have the highest regard for our Army. By logic tomorrow If I wear a Nehru Jacket will it be an insult to Jawaharlal Nehru," he wrote. He said he was expressing solidarity towards forces.

The defense is unlikely to undo the damage, though.

Tiwari doesn't think he did anything wrong

I wore simply because I felt proud of my Army.I am not in Indian army but i was expressing my feeling of solidarity.Why should it be treated like an insult?
I have the highest regard for our Army
By logic tomorrow If I wear a Nehru Jacket will it be an insult to Jawaharlal nehru? https://t.co/MqMXPEqxsu

BJP and Opposition have been locking horns over airstrikes 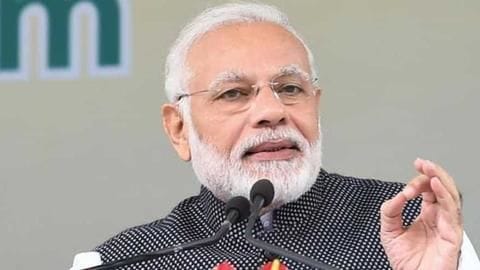 The recent actions of the forces have paved way for a political slugfest. The ruling BJP is of the opinion the Opposition is doubting the valor of our brave men. PM Modi has reiterated the same several times.

On the other hand, Opposition parties think BJP is using the IAF strikes to hide its failures of not generating enough employment.