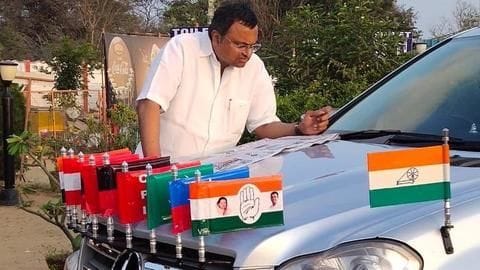 Former Union Minister P Chidambaram's son Karti was given a Congress ticket from Sivaganga late on Sunday night, making way for infighting in the party.

Senior Tamil Nadu Congress leader EM Sudarshana Nachiappan, who was eyeing the constituency, said Karti will bring a bad name to the party and hoped top brass would reconsider the decision.

Karti, accused in corruption cases, was given ticket by Congress 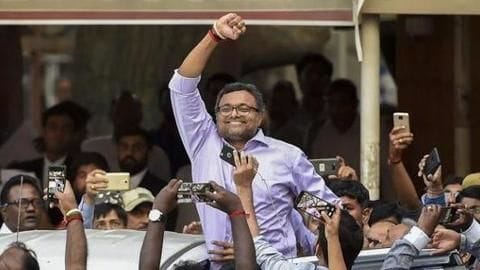 On Friday, Congress released a list of nine candidates for Tamil Nadu and Puducherry but kept Sivaganga out of it. The battle between Nachiappan and Karti delayed the announcement and the final decision miffed the former.

To recall, Karti is an accused in the INX media corruption case and faces charges of money-laundering.

But Congress ignored the accusation and probably gave in to pressure. 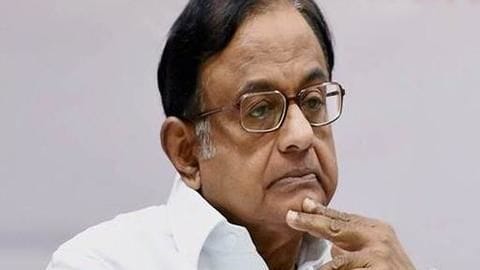 An angry Nachiappan claimed people hated Chidambarams as they haven't done anything for the constituency.

"Karti is an accused under corruption charges and we don't know what is going to happen in the court now. But he is going to file nominations. Just imagine what a bad name it will bring to the Congress," Nachiappan said.

He accused P Chidambaram of lobbying for his son. 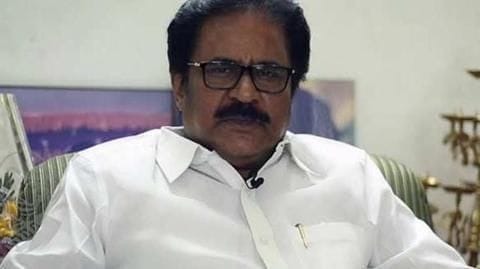 Sivaganga is Chidambaram's bastion. The seat sent Chidambaram to Lok Sabha seven times, except in 1999.

Fearing loss in 2014, Chidambaram gave the seat to Karti. "He was the fourth runner up, behind BJP, losing deposit. That is going to repeat again," Nachiappan added. 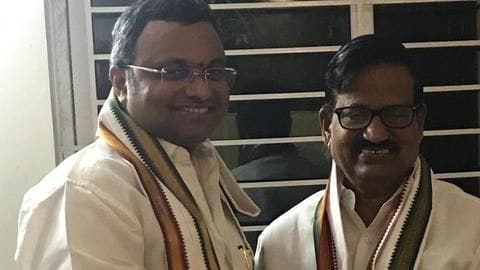 The BJP has fielded H Raja from Sivaganga and Nachiappan felt anyone can defeat him, except Karti.

While Nachiappan's dissent spells trouble for Congress, Alagiri said he should speak to top brass, which took the decision, rather than going to media.

"Besides, allegations against Karti Chidambaram on corruption cases are false and only framed by the BJP," Alagiri opined.

Meanwhile, Karti is confident allies will help him win 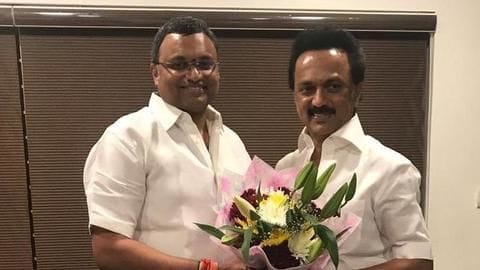 Despite the controversy surrounding him, Karti expressed confidence. He said the alliance will take him to victory.

"The mood against the fascist BJP government headed by Narendra Modi and the inept AIADMK government in Tamil Nadu will ensure a resounding victory to all the candidates of the DMK-Congress alliance," he said.

He added demonetization, faulty GST and lack of jobs will work against BJP.

Chidambaram's custody extended to October-17, but may get home-cooked meals