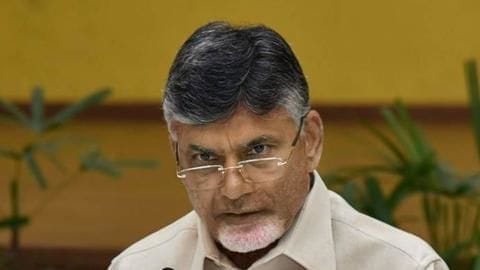 Naidu had written to the Commission regarding faulty EVMs, and the latter agreed to meet a delegation led by him.

But 'expert' whom Naidu brought along was involved in a criminal case regarding theft of an EVM machine. His presence miffed EC.

Subsequently, Naidu accused EC of diverting from the issue. 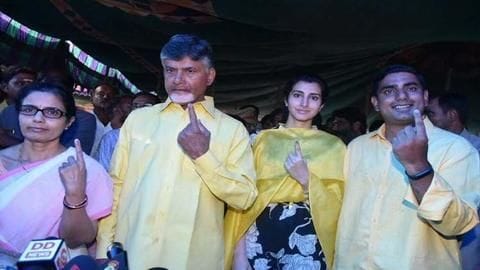 On Thursday, when the first phase of Lok Sabha polls and assembly elections were held simultaneously in Andhra, Naidu claimed 30-40% machines weren't working.

He demanded that re-polling should be done in the constituencies where voters returned.

Naidu threatened EC with a sit-in protest if he didn't get a positive response. On Saturday, EC agreed to meet his delegation.

EC is not cooperating with us: Naidu 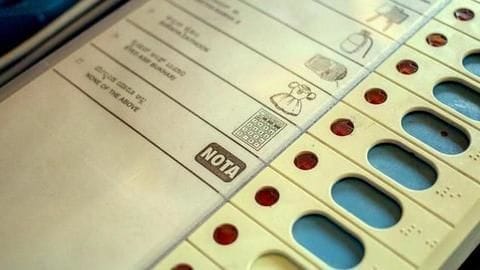 To support his claim that 4,583 EVMs weren't working, Naidu brought an 'expert' with him. A quick background check revealed to EC that the expert was Hari Prasad, who was accused of stealing the machine in 2010.

Prasad has repeatedly claimed EVMs aren't foolproof. Subsequently, EC wrote a letter to Naidu asking him to explain why Prasad was given a seat on the table.

EC didn't find it "appropriate" to interact with Prasad

"This is completely intriguing as to how a so-called expert with these antecedents was allowed to be a part of the delegation being led by Chief Minister Chandrababu Naidu... It was not found appropriate to have any interaction with Hari Prasad," EC's letter read.

Naidu stood by Prasad, told EC about his achievements 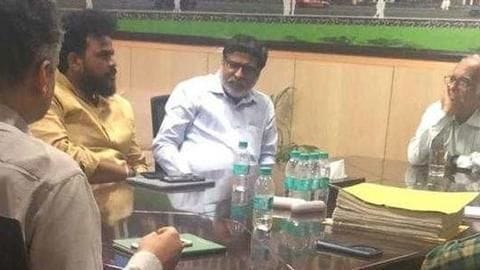 Pointing at his arrest in 2010, EC said the outcome of the probe didn't matter and added "such antecedents do not inspire confidence". EC also attached proofs of Prasad's arrest.

Defending his presence, Naidu in his reply said Prasad was the first Indian to be awarded US-based Electronic Frontier Foundation Pioneer Award, nine years ago.

"Instead of focusing on the issue, the Commission is trying to avoid addressing the situation. (EC should) comprehend, clarify and resolve the issues raised by Hari Prasad Vemuru on our behalf," the reply read.

What are the allegations leveled by Chandrababu Naidu?

What did EC say on the allegations?

EC agreed to meet a delegation of TDP to discuss the issues.

Who is Hari Prasad?

Hari Prasad was a part of TDP's delegation. In 2010, he was accused of stealing an EVM.

How did EC react on Hari Prasad's presence in the delegation?

#Verdict2019: Andhra slips from Naidu's hands, Reddy will be CM