BJP President Amit Shah's roadshow in Kolkata held on Tuesday ended in violence and a police lathicharge after a clash between BJP rallyists and student protesters holding "Amit Shah Go Back" posters.

While Shah said the ruling TMC was trying to "strangulate democracy", CM Mamata Banerjee claimed that some goons from outside West Bengal, who were brought by BJP, triggered the violence.

The violence during Shah's mega "Save Republic Rally" roadshow started at the Calcutta University's gates where some students allegedly raised anti-BJP slogans after which BJP workers tried to attack them with rods. However, the police interfered to prevent a clash. 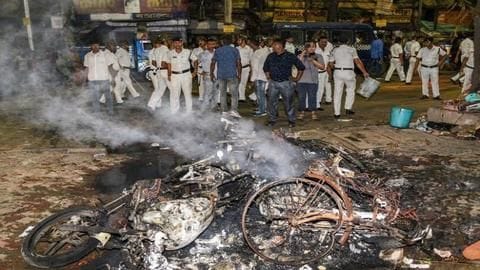 Later, as Shah's vehicle passed by Vidyasagar College, the BJP rallyists allegedly charged at student protestors there who were holding "Go Back Amit Shah" posters.

Then, the BJP supporters entered the college campus where they set motorcycles on fire and even vandalized the bust of the 19th-century educationist and social reformer, Ishwar Chandra Vidyasagar. Following the violence, CM Banerjee also visited the campus.

'What does Amit Shah think of himself?' asks Banerjee

At Vidyasagar College, the police used batons to control the crowd and later arrested several persons for violence. Following the violence, CM Banerjee said, "What does Amit Shah think of himself? Is he above everything? Is he God that no one can protest against him?"

Bengal will never forgive for what you did: Derek O'Brien 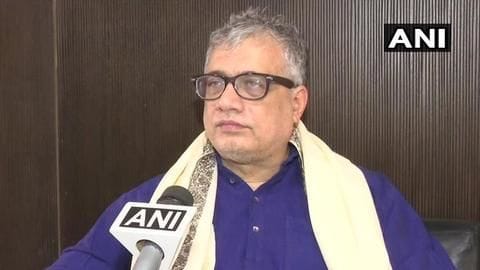 "How little you know about Bengal, its rich history, its culture. Bengal will never forgive for what you did today," he added.

Desperate BJP goons from outside Bengal smash statue of Ishwar Chandra Vidyasagar inside the college.Violent mob of BJP ‘outsiders’ in presence of Pukeworthy Shah. How little you know about Bengal, its rich history, its culture. Bengal will never forgive for what you did today. https://t.co/WrFXP6bmJl 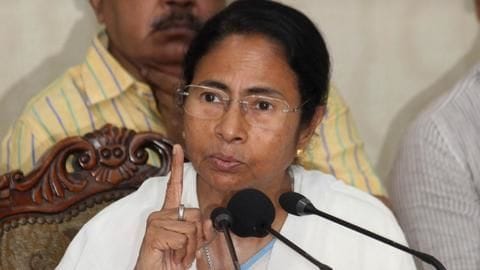 The Banerjee-led WB government had earlier denied permission to BJP for holding rallies or rath yatras on the grounds of law and order.

The state government had, last year, refused permission for three BJP rath yatras and the Supreme Court had also upheld the WB government's decision in January.

Even on Monday, the government withdrew permission for Shah's Jadhavpur rally.

Shah has attacked the heritage of Bengal: CM Banerjee

Banerjee said, "Babu (Shah) has done a michil (rally) in Kolkata -- with people from Jharkhand, Bihar, and Uttar Pradesh. But he has attacked the heritage of Bengal." The WB CM also added, "We will have our revenge."

Amid protests, Modi to launch BJP's election campaign in Delhi