BJP President Amit Shah on Wednesday said West Bengal CM Mamata Banerjee and the ruling Trinamool Congress were responsible for the violence, arson, and vandalism at his roadshow held in Kolkata on Tuesday.

Addressing reporters in Delhi, he accused the ruling party of attacking his roadshow and also said that he could get away unhurt only because of the CRPF protection.

Mamata Didi's days are over after May 23: Shah 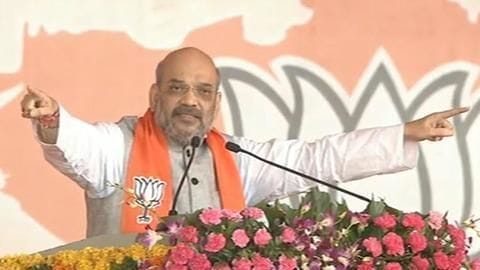 "I wouldn't have got away unhurt without the CRPF's protection (sic)," Shah said.

"Mamata didi, you are fighting on only 42 seats in one state. The BJP is fighting in every state. If only Bengal is facing violence...it is because of the Trinamool," he added.

"There is no need for president's rule... Mamata Didi's days are over after May 23 (counting day)," he said. 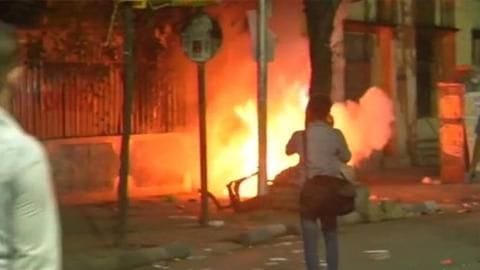 During Shah's roadshow, clashes between BJP and TMC supporters broke out at Calcutta University, where BJP rallyists reacted to "Amit Shah Go Away" posters, and later at College Street.

The WB government, however, blamed BJP rallyists for the violence. BJP supporters allegedly set motorcycles on fire in Vidyasagar College and vandalized the bust of the iconic 19th-century educationist and social reformer, Ishwar Chandra Vidyasagar. 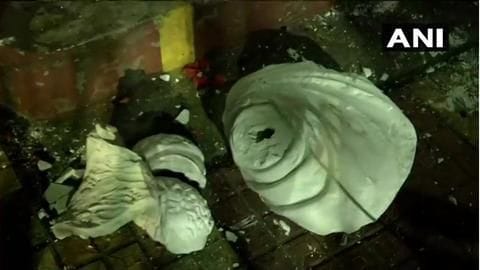 However, Shah blamed the TMC, saying, "The (Vidyasagar College) gates were shut, our roadshow was outside, our workers were outside, the bust was inside a room, which would have presumably been locked."

"The keys must have been with the college management. How can we break the statue?" he asked.

The TMC, meanwhile, released evidence that BJP supporters broke the gates to enter the college.

Throw out the Trinamool: Shah to people of WB

"Mamata Didi's goons were frustrated by the crowds at the roadshow and tried to cause a stampede. I appeal to the people of Bengal to throw out the Trinamool," Shah said, adding that BJP would win 23 seats in West Bengal and sweep the elections.