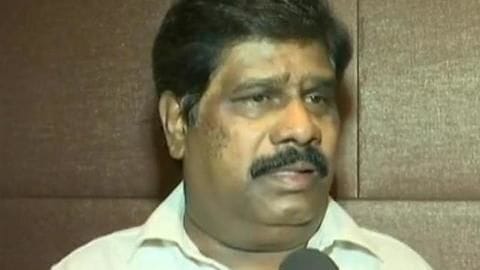 In a bid to save the Congress-JD(S) coalition government in Karnataka, as many as 21 Congress ministers have "resigned voluntarily" from their posts, said party leader and former CM Siddaramaiah.

The announcement comes after a meeting at Deputy CM G Parameshwara's residence. The resignations are an attempt to save the coalition and accommodate rebel MLAs, who tendered their resignations, in the Cabinet.

Told our ministers to be prepared for any sacrifice: Siddaramaiah

"We have told our ministers to be prepared for any sacrifice. And we would reconstitute the Cabinet later. But now our ministers have voluntarily agreed to resign and have submitted their resignation letters to the party," Siddaramaiah said.

Persuading the rebels to come back, says Siddaramaiah 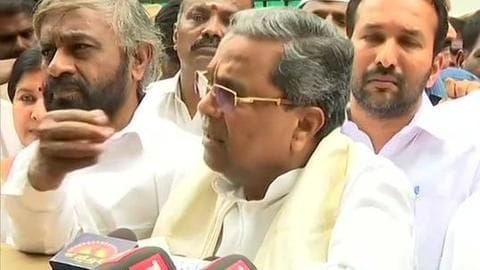 Siddaramaiah said, "We will recast the ministry keeping in mind social justice. We are persuading the rebels to come back."

Blaming the BJP for MLAs' resignations, the former Karnataka CM added, "They (BJP) are continuously trying to destabilize the government...the state BJP unit is backed by the Central unit. They are threatening MLAs with dire consequences... to get our MLAs in their fold." 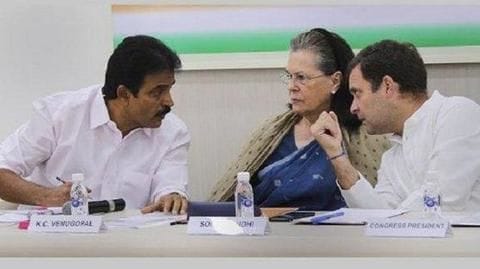 "Congress will strongly face this crisis and will ensure that the coalition government survives," said KC Venugopal, the All India Congress Committee (AICC) General Secretary.

On the resignations of Congress ministers, he said, "The plan is to send a message to rebel MLAs that the government is ready to consider their demands and is willing to include some of them in the ministry."

Withdrawing support to the government led by CM HD Kumaraswamy, Nagesh also stated that he is ready to support BJP, which may stake claim to form the government.

The Independent MLA was inducted to the Cabinet in June.

Withdraw my support to the Kumaraswamy government: Nagesh 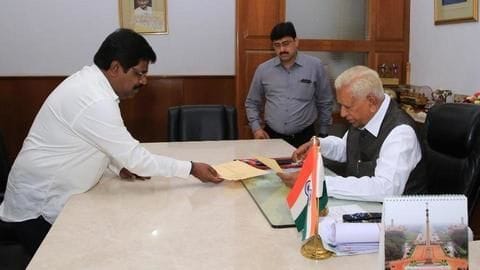 In a letter to Karnataka Governor Vajubhai Vala, Nagesh stated, "I withdraw my support to the government headed by Shri HD Kumaraswamy. In view of the same, suitable action may be taken."

"I would further by this letter unequivocally state that I would extend my support to the government of Bharatiya Janata Party if called for by your good self," the Independent MLA wrote.

Here's the letter Nagesh submitted to the K'taka Governor

Karnataka Independent MLA Nagesh in his letter to Governor resigning as Minister:
I've already withdrawn my support to govt headed by HD Kumaraswamy. I would further by this letter unequivocally state I would extend my support to the Govt of BJP if called for by your good self pic.twitter.com/8qikTP4ttd 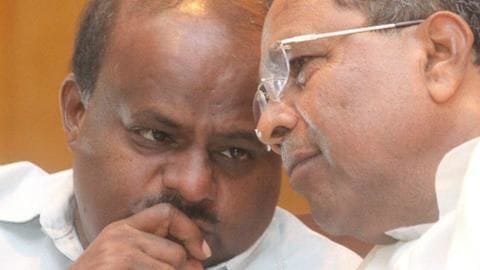 So far, 14 Karnataka MLAs, including Nagesh, of the coalition have resigned. However, their resignations are yet to be accepted by the Karnataka Assembly Speaker.

In the 224-member Karnataka Assembly, the Congress-JD(S) coalition has 118 seats. If the lawmakers' resignations are accepted, the number will come down to 104 and the coalition will not have a majority in the House.

BJP will cross the majority mark with Nagesh's support

Meanwhile, BJP, which already has 105 seats in Karnataka Assembly, would cross the majority mark with the support of Nagesh. The party, which claimed it doesn't have any role in the political crisis, is prepared to form the next government if the current government falls.