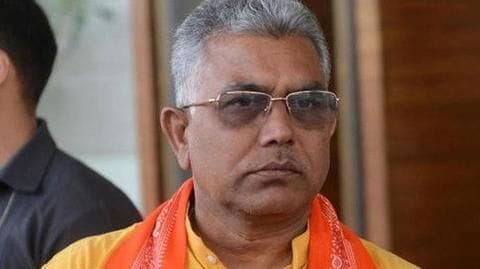 A suo motu case has been registered against Dilip Ghosh, who heads the West Bengal wing of Bharatiya Janata Party (BJP), for his controversial statement in which he exhorted his party's cadre to thrash Trinamool members and the state police.

Addressing a public rally in East Midnapore district's Mecheda on Monday, Ghosh warned police he would strip them naked and thrash them publicly.

"Your kin won't be able to perform last rites" 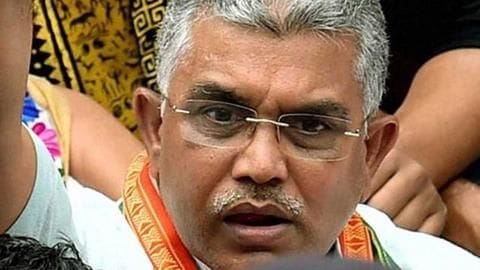 In his outburst, Ghosh told state police that their family members will not be able to "trace their bodies". He said no senior functionary of the ruling Trinamool will help them either.

"The day I will start attacking, no one would be able to trace your body. Your family members would not be able to perform your last rites," he added.

Further, hinting that state minister Subhendu Adhikari "protects" police, he added, "No Adhikari, Banerjee, Chatterjee, Mukherjee will save you. You are earning money from corrupt practices and being rewarded for framing our workers in false cases."

He said he is keeping a "track" of the expensive sarees policemen buy for their wives and posh schools where they send their kids to.

"If you are a true BJP worker, go and beat policemen and TMC workers who are attacking you, rest I will take care. I dare you (police and TMC workers) to touch me," he said, adding he is unfazed by the multiple "false cases". 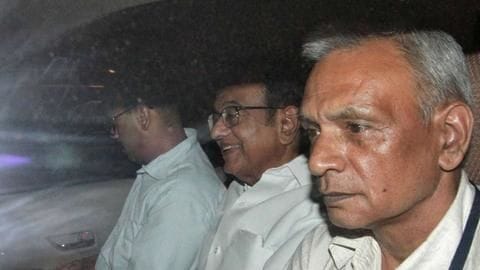 Not stopping at that, Ghosh said if P Chidambaram can be "put in jail" then Trinamool is just like a fly or a mosquito for him.

"If your grandfather Chidambaram is eating rice in jail, who are you? The man who was a home minister, a finance minister, today he has no place to sleep or have a bath," he added.

Naturally, Ghosh's rant was condemned by Trinamool and other parties.

The ruling party's MP Kalyan Banerjee said Ghosh's "character" is well-known. "He (Dilip Ghosh) is attestant with this type of reckless comments and is known for that. He indulges in hooliganism (sic)."

Similarly, Sujan Chakraborty of CPM called it unfortunate. "Nobody in civic society will accept uncultural attitude (sic)," he told FE.

Who is Dilip Ghosh?

Why has Dilip Ghosh been booked?

Dilip Ghosh has been booked for his statement in which he asked BJP cadres to thrash Trinamool members and state police.

Where did Dilip Ghosh make the comments?

Dilip Ghosh made the controversial comments at a rally in East Midnapore.

When was the rally held?

The rally was held on Monday.