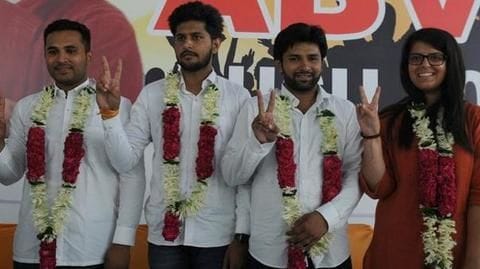 Meanwhile, the rival Congress-affiliated National Students' Union of India (NSUI) bagged the position of Secretary in the central panel of DUSU.

ABVP's Ashwit Dahiya has been elected the President of DUSU. 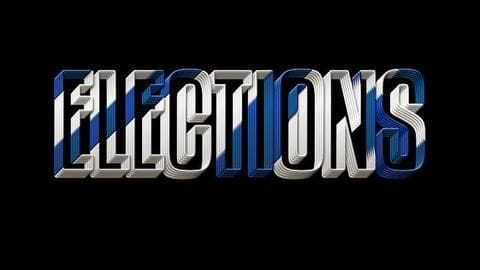 Reportedly, Dahiya bagged 29,685 votes in the DUSU elections, defeating NSUI's Chetna Tyagi by a huge margin of 19,000 votes for the President's post.

ABVP's Pradeep Tanwar secured 19,858 votes, winning the position of Vice President by a margin of 8,574 votes.

Additionally, Shivangi Karwal secured the Joint Secretary post for ABVP, winning by a margin of 2,914 votes.

ABVP thanks DU students "for reaffirming their faith" in them 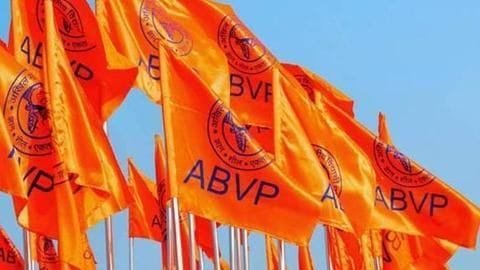 Celebrating their victory, ABVP tweeted, "We have done it, yet again! We thank the students of Delhi University for reaffirming their faith in our leadership & choosing #ABVP4DUSU."

Meanwhile, NSUI's Akshay Lakra said, "ABVP fielded Yogi Rathee who was college president of Ramjas College when the violence took place in 2017. The students have given a clear mandate against violence."

We have done it, yet again!, ABVP congratulates its workers

We have done it, yet again!

We thank the students of Delhi University for reaffirming their faith in our leadership choosing #ABVP4DUSU. 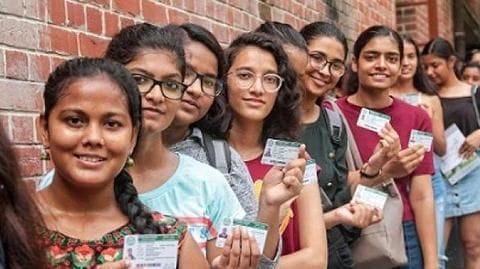 Reportedly, the counting of votes started two hours later than the scheduled 8:30 am as the candidates showed up late.

The polls were shrouded by allegations of EVM malfunctioning.

Over 1.3 lakh students were eligible to cast their vote.

Meanwhile, AISA is happy about their increased vote share

Separately, expressing happiness over their increased vote share, an AISA functionary told PTI, "Our Joint Secretary candidate Chetna got over 10,000 votes. The party's vote share has improved since last year. We are happy about it."