Congress is not giving up on its leaders, even the jailed ones. This is the message interim party president Sonia Gandhi sent on Wednesday when she visited DK Shivakumar in Tihar prison.

The Congress leader is lodged in Asia's largest prison facility, in connection to a money laundering case. 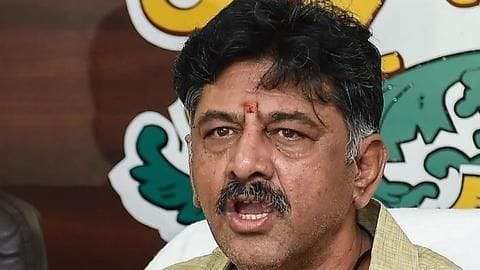 Shivakumar, a Congress strongman in Karnataka, was arrested by Enforcement Directorate (ED) on September 3.

The agency started probe on the basis of complaint registered by I-T department. It alleged that Shivakumar, along with his aide SK Sharma, moved huge amount of money through "hawala" channels.

Sonia's visits are designed to send message to cadre

On her latest visit to Tihar, Sonia was accompanied by senior leader KC Venugopal.

Notably, Congress sincerely believes its leaders have become victims of political vendetta and that they haven't violated any law of the land.

"The visits are a message to the cadre that the party stands firmly with leaders who have been jailed in such cases," a Congress leader said. 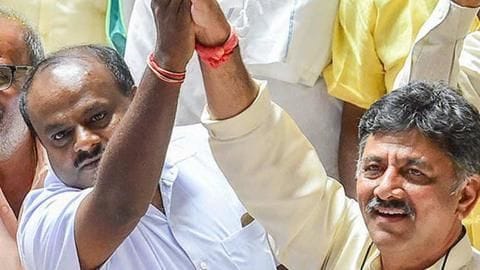 After meeting his former cabinet colleague, the JD(S) leader said, "It was a cordial meeting. He is very confident that he can face everything. He has that capacity. Whoever wants to do vengeance politics, they will be taught."

He termed the visit a "personal" one.

He is mentally strong: Kumaraswamy told about Shivakumar

"I came here to give confidence to him. He is mentally very strong. He will fight it with boldness. He has given all the details and he co-operated with them very well. Anyone can guess why this is all going on," Kumaraswamy told reporters.

Meanwhile, Delhi HC will give verdict on his bail plea On a related note, the Delhi High Court will pronounce the verdict on Shivakumar's bail plea today. The court had reserved its judgment on October 17.

The Congress troubleshooter in Karnataka had approached Delhi HC after a trial court refused to grant him relief, saying that the probe is in its initial stage and the agency should get a fair chance.

When was DK Shivakumar arrested?

DK Shivakumar was arrested on September 3.

Who all visited DK Shivakumar in Tihar?

What did Congress say about the visit?

A Congress leader said the visits are designed in a way to send a message that the party stands by its cadres.

When will Delhi HC give verdict on Shivakumar's bail plea?

Shivakumar will remain in Tihar till October 15, rules court