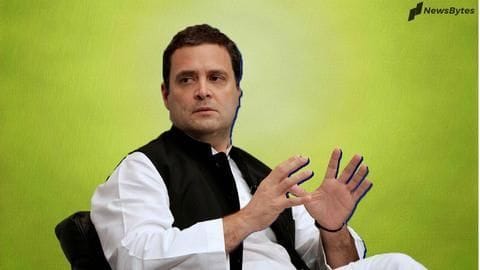 The Parliament witnessed a huge uproar on Friday with BJP's representatives tearing into Rahul Gandhi for his remarks about rapes.

As BJP MPs asked him to apologize for saying India moved from "Make in India" to "Rape in India", the former Congress President said he would not budge.

Due to the ruckus, the Lower House was adjourned sine dine.

It's only 'Rape in India' these days, Rahul had said 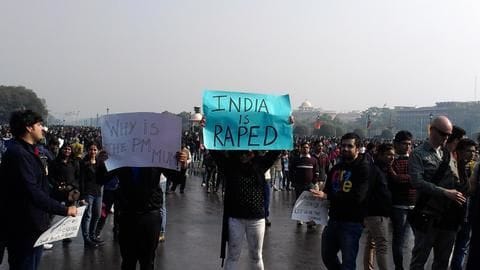 To note, Rahul made the remarks at an election rally in Jharkhand.

He said Prime Minister Narendra Modi spoke about "Make in India", but wherever any one sees it's just "Rape in India".

Questioning PM Modi's silence, he reminded that the former didn't utter a word on the horrific Unnao rape case, in which now-expelled BJP MLA Kuldeep Singh Sengar is the prime accused.

#WATCH Rahul Gandhi, Congress in Godda, Jharkhand: Narendra Modi had said 'Make in India' but nowadays wherever you look, it is 'Rape in India'. In Uttar Pradesh Narendra Modi's MLA raped a woman, then she met with an accident but Narendra Modi did not utter a word. (12.12.19) pic.twitter.com/WnXBz8BUBp

Rahul should be punished for his remarks: Smriti Irani 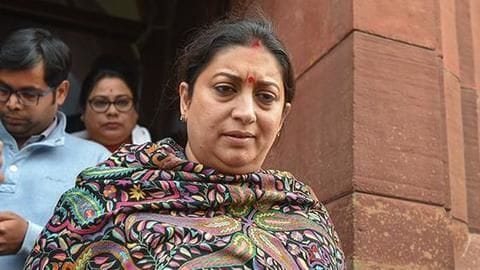 As expected, BJP MPs cornered Rahul for his comments today.

Smriti Irani, who snatched the Gandhi bastion Amethi from him in May, said this is the first time a leader of Congress is giving a clarion call to men to come and rape Indian women.

"Is this Rahul Gandhi's message to the people of the country? He should be punished," she said.

She also commented on Rahul's age to make her point

"Not all men are rapists. This is an insult to India... Rahul Gandhi is touching 50, and doesn't realize that such a statement seems like an invitation to rape in India," she added, amid chants of "Shame, Shame".

Here's a clip from the House

#WATCH Union Minister Smriti Irani in Lok Sabha on Rahul Gandhi's 'rape in India' remark: This is first time in history that a leader is giving a clarion call that Indian women should be raped. Is this Rahul Gandhi's message to the people of the country? https://t.co/fRpcJ4TgIu pic.twitter.com/7ErDftk1MA

Another BJP leader who led the charge against Rahul was West Bengal's MP Locket Banerjee.

"Modi ji said 'Make in India' but Rahul ji said 'Rape in India', he is welcoming everybody that come and rape us..this is an insult to Indian women and to Bharat Mata," she said.

Amid the ruckus, DMK's Kanimozhi attempted to defend Rahul.

But the voices of BJP MPs drowned her words.

In no mood to apologize, Rahul slammed BJP 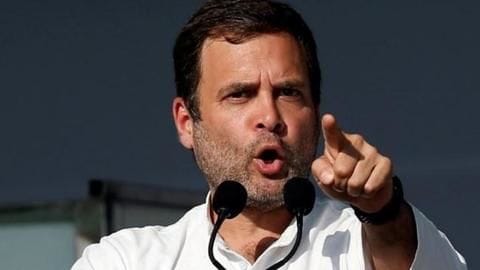 After Speaker Om Birla adjourned the House, Rahul told reporters that BJP was trying to divert attention from Northeast's unrest.

"I said the PM keeps talking about Make In India. So when one opens the newspaper one hoped that one would see news about it, but what do we see when we open the papers?" he added.

Rahul Gandhi: I have a clip on my phone in which Narendra Modi ji is calling Delhi a 'rape capital',will tweet it so that everyone can see. Just to deflect attention from protests in North East, this is being made an issue by BJP. https://t.co/BF4toNRaO8 pic.twitter.com/4wRWTZy4Np