Prashant Kishor asked to leave JD(U); will work with AAP 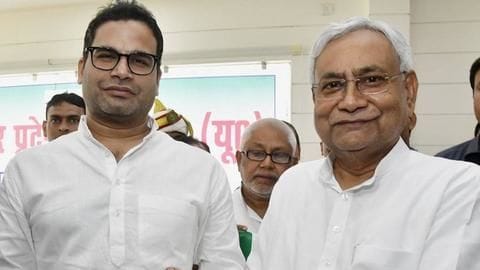 JD(U)'s vice-president Prashant Kishor is angry after his party supported the Citizenship Act and he has been continuously slamming his boss and Bihar Chief Minister Nitish Kumar.

On Friday, a senior member of JD(U) asked him to leave, if he had so many problems. 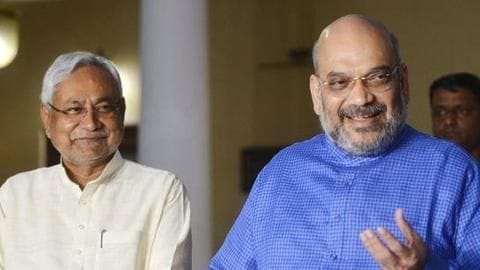 Faultlines in JD(U) became evident after the party's MPs voted in favor of Citizenship (Amendment) Bill.

Just 45 days ago, Kumar had opposed the legislation at a party meeting. Certainly, this U-turn stemmed from the ground realities of Bihar, where elections are due next year.

Apparently, the results of by-polls in Bihar also told the CM that Muslims rarely vote for his party, and Lalu Prasad Yadav's RJD will remain their preferred choice. This could be another reason why Kumar chose to not antagonize BJP and supported the Bill.

But not everyone in JD(U) approved of this turnabout. Kishor, who joined JD(U) in September 2018 and was given the post of vice-president, took to Twitter to remind the party of its "secular values".

Kishor, who, some believe, played an important role in scripting PM Modi's 2014 win, said BJP has a lethal weapon with NRC, CAB, and wants to alienate a particular community. Not letting the matter go, Kishor on Friday urged 16 non-BJP CMs to not implement NRC and CAB. Punjab, Bengal, and Kerala's CMs have already come on board.

"The majority prevailed in Parliament. Now beyond the judiciary, the task of saving the soul of India is on 16 Non-BJP CMs as it is the states who have to operationalize these acts, (sic)" he tweeted.

Subsequently, party leader asked what has Kishor done for JD(U) As expected, Kishor's tweets didn't sit well with his party colleagues. General secretary RCP Singh asked who was Kishor and what was his contribution to JD(U).

"People like him have come in the party on "compassionate grounds" and if they don't like JD(U)'s policy, they should choose their own path," he said, according to TOI.

He added, "Nothing will happen by writing tweets only."

According to Singh, there's no vice-president, general secretary in JD(U)

Further, Singh said JD(U) has recently chosen its national president in Kumar and currently, the party has no vice-president or general secretary.

Singh reminded that Kumar gave respect to Kishor but he didn't reciprocate.

He said the party understood the nitty-gritty of the Act and made up its mind to support the same in the Parliament. 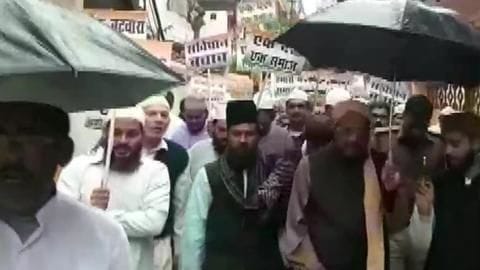 While Kishor's defiance has garnered the maximum attention, there are others in JD(U) too who disapprove of the party's move.

On Friday, Gulam Rasool Balyawi, JDU's Member of Legislative Council (MLC), was seen participating in a march taken out against the Citizenship Act.

Separately, national secretary Pawan Verma has called the Act "unconstitutional, discriminatory, and against the unity and harmony of the country".

Who is Prashant Kishor?

Prashant Kishor is a poll strategist and vice-president of JD(U).

When did Prashant Kishor join JD(U)?

What did Prashant Kishor say about Citizenship Act?

Prashant Kishor berated JD(U) for supporting the Bill in the parliament and going against the secular values.