CAA to give citizenship, not snatch it: Modi in Kolkata 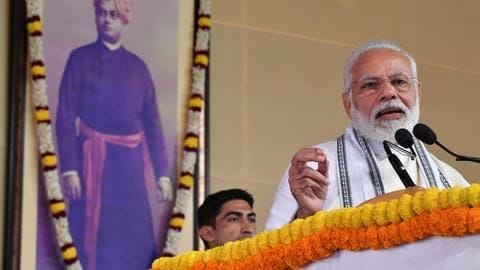 Amid widespread protests over the Citizenship Amendment Act (CAA), National Register of Citizens (NRC) and National Population Register (NPR), Prime Minister Narendra Modi on Sunday repeated himself saying that CAA is not about snatching anyone's citizenship.

The PM made the statement at the Belur Math in Howrah during his two-day official visit to Kolkata. 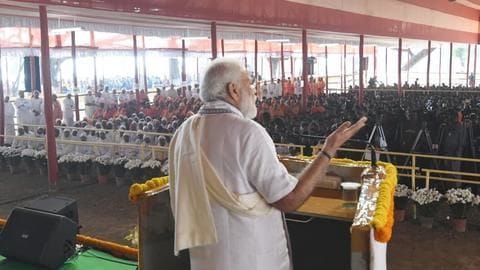 Speaking at an event at Belur Math, PM Modi reiterated that CAA is about granting citizenship, not taking it away.

He blamed the Opposition and those with "vested interests" for misleading people.

Modi also said that the debate over CAA has brought the persecution of minorities in Pakistan into focus.

"Pakistan is answerable to the crimes perpetrated on religious minorities there," he said.

Modi said, "CAA is only an amendment to the citizenship law—an amendment which expands the vantage of the legislation to include those who faced religious persecution in Pakistan after India's partition."

He added, "A person of any religion, theist or atheist, who believes in the Constitution of India, can be accorded Indian citizenship under the process. Those playing politics don't want to understand this."

Modi said, "The Northeast is our pride. Its culture, tradition, demographics, lifestyle, cuisine—the Centre has made provisions that CAA does not negatively impact the Northeast." However, he did not mention refugees from Bangladesh or Afghanistan, who can also benefit from CAA.

What is the controversy surrounding CAA? The CAA grants Indian citizenship to Hindu, Sikh, Christian, Jain, Parsi, and Buddhist illegal immigrants from Pakistan, Afghanistan, and Bangladesh if they arrived in India on or before December 31, 2014.

Critics say the law infringes on India's secular identity by making religion a criterion for citizenship. 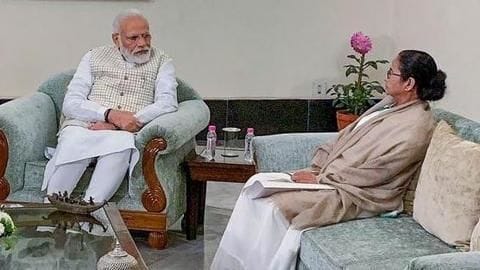 Modi's statements come at a time when anti-CAA protests continue to grow across India.

The PM had a meeting with Banerjee at the Raj Bhavan on Saturday where the latter asked him to withdraw CAA and NPR.

After meeting Modi, Banerjee left to join a protest in the evening. 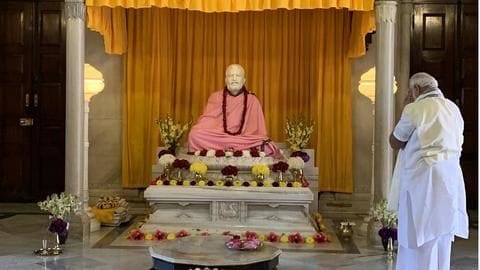 Earlier on Sunday, Modi had paid tribute to Swami Vivekananda at Belur Math, headquarters of the Ramakrishna Mission.

"Belur Math is no less than a pilgrimage, but for me, it's always like coming home," Modi said.

Last night, Modi also unveiled a new light and sound system at Howrah Bridge as part of an event for the 150th anniversary of the Kolkata Port Trust.