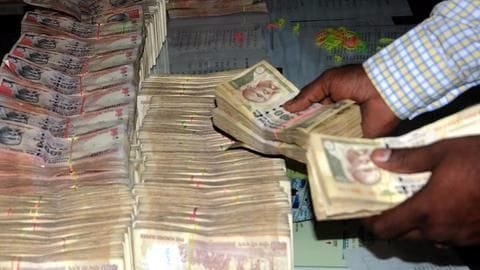 A firm owned by RSS Delhi state head Kulbhushan Ahuja is being investigated by the Income Tax department for alleged deposits of Rs. 17 crore in old Rs. 500 and Rs. 1,000 notes after demonetization, reported The Indian Express.

Ahuja, managing director of Ahujasons Shawlwale Private Ltd, is assisted by three other directors - his sons Karan and Bhuvan, and daughter-in-law Nidhi.

Ahujasons Shawlwale Private Ltd, with branches in Khan Market, Karol Bagh and South Extension in Delhi, is a leading brand in Pashmina shawls. Sources said Ahuja, most members of whose family are involved with the RSS, joined the Sangh in his childhood. According to sources, tax officials flagged Ahuja's alleged deposits as suspicious in the aftermath of demonetization. They then raided his premises in February.

Cash in new currency was allegedly seized and the management's statements recorded. Many lockers have also been sealed; I-T is yet to examine the contents of some. After the raids, Ahujasons surrendered Rs. 6cr- a part of the total unaccounted Rs. 17cr -under the Pradhan Mantri Garib Kalyan Yojana.

The scheme allows individuals to escape legal persecution by paying 30% of the amount as tax, 33% cess on the tax paid, and another 10% penalty.

25% of the income is to be deposited for four years at zero interest rate.