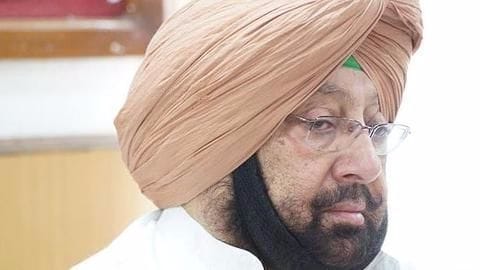 A Delhi court ordered Punjab CM Captain Amarinder Singh to move out of a government bungalow in Delhi.

Singh was allocated the bungalow when he was serving as Lok Sabha MP.

What has happened till now? Singh was allocated the bungalow when he was elected as a Member of Parliament from Amritsar in 2014, effective till 2019. However, the allotment was cancelled after he resigned as MP in November 2016.

He had previously claimed that he was a heart patient and should be allowed to retain the bungalow on humanitarian grounds before the Chairman (House Committee), Lok Sabha.

This was an appeal filed by Singh against the Estate Officer's order dated March 24, 2017, asking him to vacate the premises. He had also been served a show cause notice on February 14, asking to justify why he should not be evicted.

What did the court say? District and Sessions Judge Poonam A Lamba held that Singh had been illegally occupying the Janpath bungalow since December 2016 and dismissed the contention that the allotment was still valid.

The court also noted that pendency of the matter before the Lok Sabha House Committee did not mean he could occupy the premises.

"Admittedly, no further retention has been permitted," she stated.

This is not the only case of illegal occupation

They have shown me my place: Sidhu fumes at Congress