Farmers' protests a boost for the opposition's anti-BJP strategy 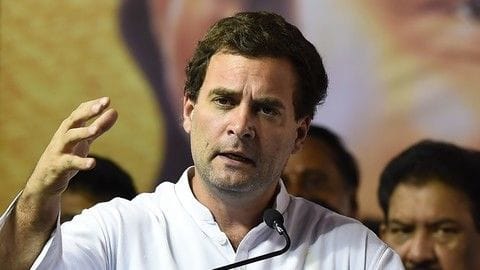 Farmers might be dying in violent protests in different states, but the timing has come as an opportune moment for opposition parties.

It helps that the presidential elections are fast approaching.

Now they are considering a 'Bharat Bandh' over the farmers' issue, and dates are expected to coincide with the Monsoon Session of Parliament after the election on July 17. Following protests from farmers in Tamil Nadu and Maharashtra, farmers in MP have been demanding fair prices and farm loan waiver.

Demands have been aggressive after the BJP announced a Rs. 36,000cr loan waiver for UP farmers. Recently, Maharashtra announced a conditional waiver worth about Rs. 30,500cr.

Meanwhile, six farmers have died in MP in police firing on protesters. The Congress, CPM and JD(U) already held talks on the matter before Rahul Gandhi headed to Mandsaur and was detained. Some BJP leaders have blamed the opposition for politicizing the issue and allegedly attempting to cash in on farmers' issues.

Others have accused Hardik Patel, Patidar community leader, as they are the majority in Mandsaur, the heart of the protests.

Congress's Sachin Pilot is surprised: "When we were in power, (the BJP) blamed us. Now we are in Opposition, they still blame us?"

Thousands of protesting farmers from UP stopped from entering Delhi