This AI phone by Android creator can mimic your behavior Reportedly, the company is shelving most of its projects to focus on this new handset, which promises to be different from our current smartphones. According to a report by Bloomberg, Essential's upcoming smartphone will have a design like no other before it.

The device would sport a small screen and would require users to interact with it primarily using voice commands in conjunction with Essential's AI software.

The idea behind the AI phone is that it would be able to carry out a multitude of tasks for users. Potential applications for the device include the ability to book appointments, respond to emails and texts, etc., all on its own.

People familiar with the development said that users would also be able to make calls.

The ability of the planned device to do things on its own could sound a bit like Joaquin Phoenix starrer sci-fi movie 'Her', but that's exactly the idea.

"If I can get to the point where your phone is a virtual version of you...you can be off enjoying your life, having that dinner, without touching your phone, and you can trust your phone to do things on your behalf," Rubin had said earlier. 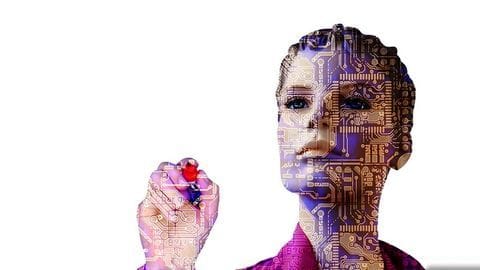 Anyone who has spent enough time talking to virtual assistants like Siri or Alexa will be well aware of their limitations, and making a truly intelligent AI capable of consistently and accurately acting on behalf of users might prove to be quite a challenge.

Success of the new device is crucial to Essential's survival The success of the planned device is essential to Essential's survival.

Last year, the company released its first Essential Phone amid much fanfare. Although the device sported an edge-to-edge screen before the iPhone X, its high price and software bugs led to it being a flop.

However, the new device, if successful, might change Essential's fortunes.

Is this the first Android enabled feature phone?