Popular payments platform Paytm is the last company one would expect to make a silly mistake.

However, on Sunday, something weird happened when Paytm sent out a cryptic push notification to many of its users.

The problem led many into believing that their accounts were compromised, but the company later revealed it was a 'testing error'. 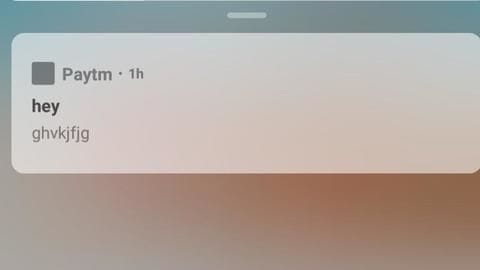 On January 6, several Paytm users received a notification saying 'hey' and having "ghvkjfjg" mentioned in its textbox.

The weirdness of the message and its timing of appearance - after midnight - triggered alarms among the users.

Many users, concerned about their accounts' security, even took screenshots and tweeted to Paytm to inquire about what had happened. 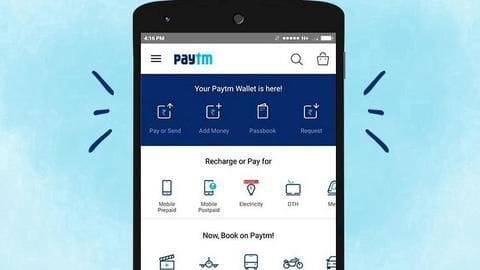 "We apologize for the test push notification some of you may have received from Paytm App," the company said. "It was a testing error by us. We are ensuring that such errors are eliminated completely in future."

We apologize for the test push notification some of you may have received from Paytm App. It was a testing error by us. We are ensuring that such errors are eliminated completely in future.

After this apology, Twitter users reacted to the incident, with some noting that they thought their accounts were compromised, while others making fun of the weird message or saying the mistake was common.

Paytm had halted new payments accounts, but now, the company has got the approval from RBI and has started enrolling Payments Bank customers.

How could Paytm make such mistake?

Testing errors like this can happen, but, we believe, Paytm should be more careful with such app-related tests.

Did everyone receive this notification?

No, only some Paytm users received the cryptic push notification.

To open a Paytm Payments Bank account, head over to the 'Bank' tab on the Paytm app, fill up basic nominee details and complete the KYC and account opening process.

Paytm launches first-ever credit card: Here's how you can apply