Chinese girl gets robot to do her homework, stirs debate

Homework is something all kids hate; it can be tedious and, at times, too long to be completed easily.

But, a Chinese teenager amazed all of us when she found a rather interesting workaround to get her monotonous homework done by a robot.

She got the bot for about $120 and managed to complete her 'copying' homework in no time. 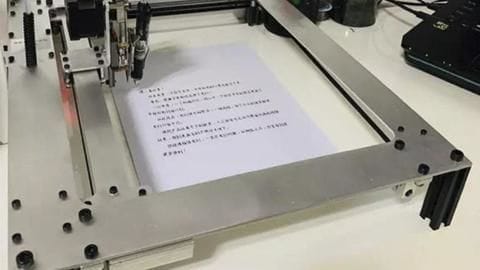 According to a recent report, the 15-year-old used the savings from her Lunar New Year presents to buy the robot.

The machine replicated her writing and finished all homework, which included copying exercises like writing passages from textbook and essays, in a matter of days.

The work was done so quickly that even her mother, who was unaware of the robot's help, was impressed.

But, then she found the robot and destroyed it 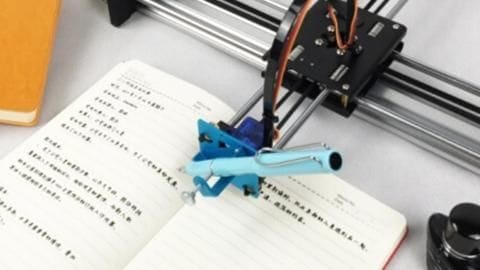 Days after this 'smart work', the mother of the young girl found the robot that completed her assignment.

The packaging of the machine, which had a metal frame and a robotic arm, read 'imitate all sorts of writing'.

Angered by this and the capabilities of the machine, the woman smashed the whole thing to teach her a lesson, Qianjiang Evening News reported.

How this robot worked

The metallic frame of the robot anchored the paper, while the robotic arm held the pen to write on it. The device, when connected to PC, could produce pre-defined texts or even mimic handwriting of the user by learning their character drawing styles. Though some claimed the girl cheated, a number of users took to social media in her defense, noting that they would have loved to have a device like that during their days in school.

"Give her a break. How meaningful is copying anyway?" one said, the New York Times reported.

Meanwhile, another emphasized why kids have to do tasks that machines can do easily.

Case of copying-related assignments in China 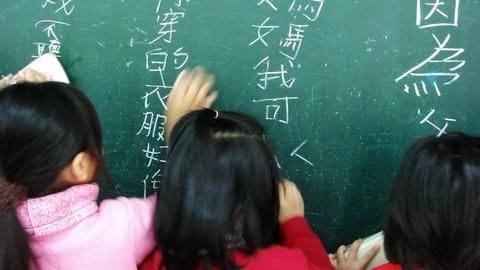 For those unaware, Chinese schools have long been following the practice of assigning kids tasks to copy characters and texts like poems and passages hundreds of times.

The effort, as NYT reported, is aimed at teaching thousands of Chinese characters and making the kids proficient in reading and writing.

Sometimes, the kids are even punished by making them write textbook chapters, repeatedly.

Are these robots available in India?

Not on popular e-commerce platforms, but you could always import one from sites like Alibaba.

Did this robot copied any language?

We don't know the specific make of this robot, but it seems that bot could copy any language and text.

What is the price of this robot?

Is using a robot for homework right?

In our opinion, automating tasks is the way to go because it saves times for other tasks that machines cannot handle on their own.