Following the announcement of Galaxy Fold and Mate X, speculation has been rife about Apple's foldable iPhone.

Though the Cupertino giant hasn't said anything about building a foldable, several experts and patents have indicated the company will eventually follow the trend.

Now, in a new concept, graphic designer Antonio De Rosa has imagined what this device could look like. 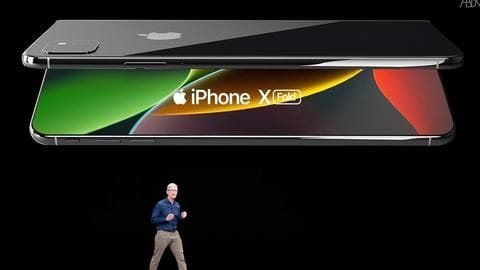 De Rosa's 'iPhone X Fold' concept carries the same book-like form factor that we saw on the Galaxy Fold, but with a much slimmer profile.

He imagines two displays on the device, with one being an 8.3-inch Super Retina AMOLED panel showing up in the unfolded stage and other, a 6.6-inch 'cover' display, appearing in the folded mode.

Plus, no bezels inside out

Unlike Galaxy Fold which has insanely thick top and bottom bezels, the concept from De Rosa imagines the cover display with a 93.6% screen-to-body ratio and a notch on top. The unfolded mode has been imagined with dual hole-punch cameras, resulting in 96.8% screen-to-body ratio. 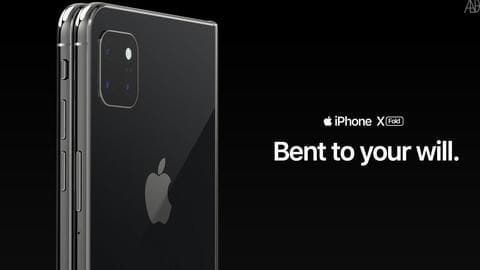 It also shows how iOS might be optimized to work in the folded/unfolded mode and reap benefits from quick-access widgets for Siri, Music, and more.

One shot even depicts how the two halves of the 8.3-inch screen might be used for a 'laptop mode'. 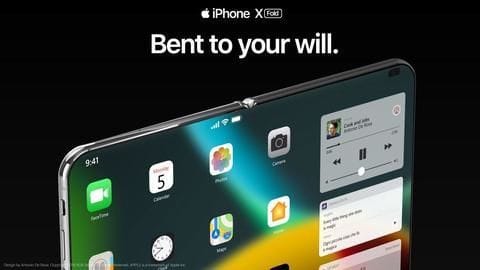 Though the concept is strong, it's important to note that there's no official word on a foldable iPhone's release.

Yes, the company has filed some patents (with one detailing clamshell folding device), but there's hardly any evidence to assume it would follow the same folding mechanism chosen by Samsung.

Also, as foldables are still new, that kind of thinness would be hard to achieve. 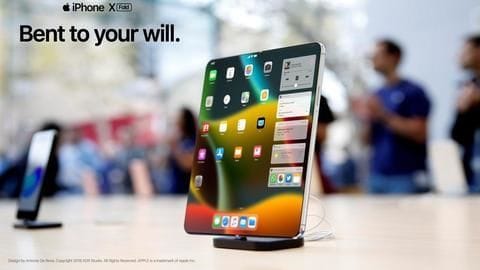 One way or the other, Apple is expected to give in to the trend of foldables.

We don't know what this device might look like, but a timeline created by Korean research firm CGS-CIMB Group suggests the company would target a foldable iPhone launch by the end of 2020.

Notably, reports have also indicated that Apple has been testing ways to make foldable displays stronger.

What is the name of Huawei's foldable phone?

Huawei's foldable phone has been named as Mate X.

What is the price of Huawei's foldable phone?

When will Apple launch its foldable iPhone?

Currently, we don't have any credible details about Apple's foldable iPhone. However, thanks to several patent filings, we do know that the company is working on several design models as of now.

What will be the price of Apple's foldable phone?

While there are very limited details available about Apple's iPhone, we can expect the device to cost somewhere around $1,500.

Apple iPhone 11 could be launched on September 10