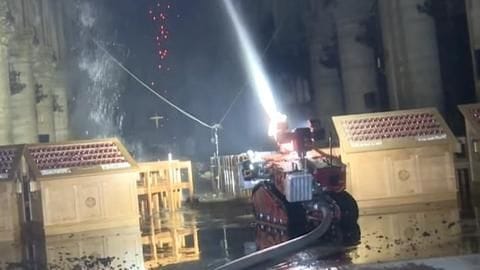 Firefighters rushed immediately to the spot, but it took them nearly 15 hours to control the blaze and save the historic structure from permanent collapse.

But, interestingly, they weren't alone in this battle; a fire-fighting robot named Colossus helped, making their job a tad easier, safer.

Here's how it helped. 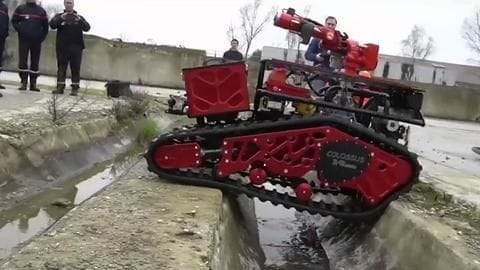 When the blaze grew on the roof, threatening the structure's integrity and the safety of firefighters, Colossus was called for the job.

The caterpillar-tracked tank-like bot strolled into the cathedral's nave, which is the main chamber, and fired high-pressure water onto the roof, ultimately lowering the temperature in the nave and putting out the blaze. Developed by French company Shark Robotics, Colossus can handle dangerous situations for humans, be it a landslide, gas leak, or fire - like in this case.

It is merely two and a half feet tall but can lift loads up to 500 kilograms, which makes it capable enough to ferry gear, precious objects, or even people from one point to another. In addition to load-carrying capabilities, Colossus can also be integrated with a camera attachment, which provides thermal, night vision and gas sensing capabilities.

"He can carry out several missions, such as extinguishing the fire, evacuating the wounded, bringing equipment or making reconnaissance thanks to his video inspection tools and his gas sensors," Cyril Kabbara, co-founder of Shark, told AFP.

"It was a tragic moment for all French citizens, but we are very proud to support the firemen to help protect this monument and also protect lives," Kabbara told Popular Mechanics while detailing the robot's capabilities.

Also, it helps save human resources for other tasks 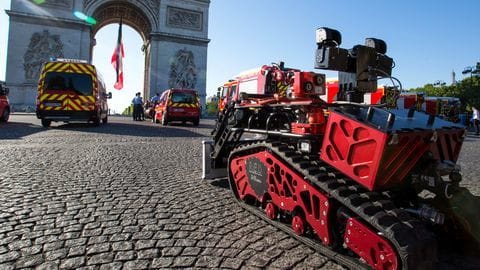 It's worth noting that Colossus' support also saves human resources for other, more complex tasks.

"With Colossus, they are able to do another mission, for example, rescue someone," Kabbara added, noting that the machine does require human controllers to be operated.

Notably, the robot has been in service with the Paris Fire Brigade for two years and can operate for eight hours straight.

Machines will be the future of search and rescue 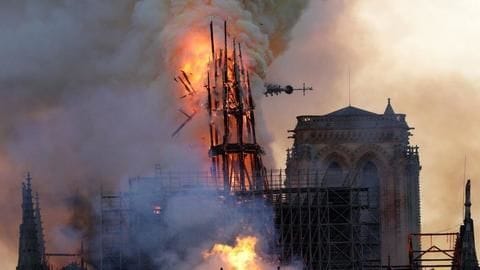 Colossus' role in dousing Notre-Dame fire gives a peek at the future of robotics in search and rescue.

If machines continue to evolve the way they have, we could soon have robo-protectors to do all the heavy-lifting.

Yes, the rise of robots can raise concerns of jobs going away but we don't think you'd care about that, especially when lives are at stake.

Is Colossus robot available in India?

No, it is only being used by the Paris Fire Brigade at the moment.

What is the price of this robot?

This robot is not being sold for commercial use.

At present, robots are not used for dousing fires in India.

Are any other companies building such robots?

Many companies, including Boston Dynamics, are working on robots that could be used for search and rescue missions.