NASA heading to Saturn's largest moon in search for life

NASA has confirmed Saturn's largest moon, Titan, as the next destination in its quest to find signs of primordial/extant life.

The space agency plans to launch a rotorcraft to explore and study the icy moon as well as its thick atmosphere.

The mission, dubbed Dragonfly, would mark the first time a multi-rotor drone would fly on a different celestial body. 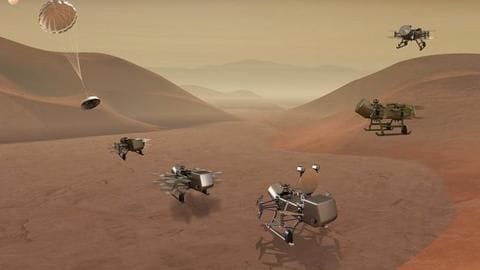 NASA's Dragonfly - a large vehicle with eight rotors - will begin its eight-year-long journey to Titan in 2026.

It would reach the icy world in 2034 and fly towards different sites to explore Moon's environment and conduct scientific experiments.

The tests would be aimed at finding ancient/extant microbial life or chemical processes that ultimately led to the emergence of life on Earth.

Titan is similar to Earth in many ways

Titan's atmosphere is made up largely from Nitrogen, just like Earth's atmosphere, and is thick enough to allow the rotorcraft to cover 180 kilometers in nearly three years.

Plus, it is also well known that the weather and surface of the moon have elements - complex organics, energy, and liquid water - that sparked microbial life on Earth billions of years ago. 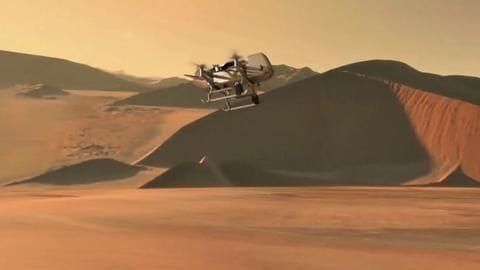 The Dragonfly will first conduct short flights to study dune fields that are terrestrially similar to the linear dunes in Namibia; it will take samples from this region.

Then, the drone will head to the surface of an impact crater, dubbed Selk, to study how the interaction between water, complex organic molecules that existed there for tens of thousands of years may have progressed.

Subsurface oceans will also be analyzed 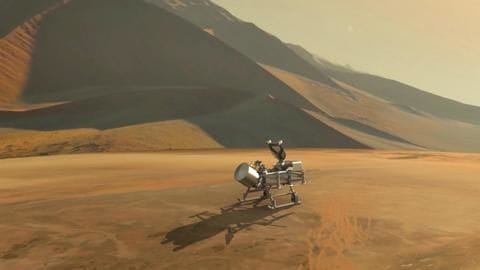 In addition to this, the rotorcraft will drill into the surface of Titan to conduct chemical analysis of its subsurface ocean, liquid reservoirs.

"Visiting this mysterious ocean world could revolutionize what we know about life in the universe," NASA Administrator Jim Bridenstine said. "This cutting-edge mission would have been unthinkable even just a few years ago, but we're now ready for Dragonfly's amazing flight."

Saturn's largest moon, Titan, mapped for the first time ever

This start-up will fly your DNA to the Moon