Elon Musk's Starship will fly its first mission in 2021 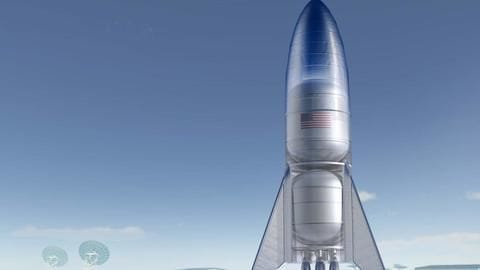 Elon Musk's super heavy Starship, which has been in development for months, will head on for its first space mission in 2021.

Jonathan Hofeller, a senior executive from SpaceX - Musk's space-faring company - has confirmed that they hope to deliver a satellite into orbit as part of the rocket's first flight.

However, the details of the mission or the company's customer remain unclear.

Plan is to get Starship ready for flights SpaceX is developing two builds of Starship, which was announced as Big Falcon Rocket nearly two years ago.

The rocket's test version, dubbed 'Starhopper', is also being tested with tethered short hops as well as engine test firings.

Hofeller said they plan to continue with these tests to make Starship operational as soon as possible and then head into the first mission.

Meanwhile, Hofeller also spoke at an event in Indonesia and confirmed the plans with Starship.

He said the work on the vehicle is progressing and they are already in talks with three companies for its first commercial flight in 2021.

He didn't provide specific details but said all three companies are telecom giants willing to deliver a satellite into orbit.

Orbital flight could happen this year

At the event, Hofeller emphasized that they aim "to get orbital as quickly as possible, potentially even this year, with the full stack operational by the end of next year and then customers in early 2021."

What are the plans with Starship? 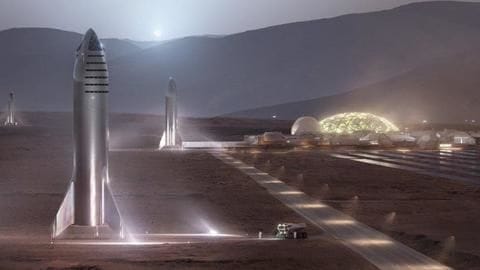 SpaceX plans to colonize Mars, and for that (and other missions), the company has been developing Starship.

However, it's worth noting that the builds currently in development at facilities in Texas and Florida won't go for these missions.

They will probably be used to come up with the final Starship vehicle, which would first launch a satellite and then undertake bigger missions.

Other missions planned for Starship

SpaceX has already confirmed that the rocket with 31 methane-powered Raptor engines will also be used for flying a tourist around the Moon in 2023 and for point-to-point travel here on Earth.