This game by IAF lets you fly their helicopters, planes

After PUBG, Fortnite, and Call of Duty, there is finally something new to drool over - fighter-jet game from the Indian Air Force.

Yes, the IAF has announced a game for Android and iOS, giving Indians an opportunity to fly most of its planes and helicopters and become an 'air warrior'.

'Indian Air Force: A Cut Above' 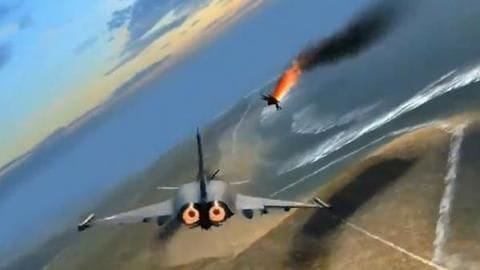 Just a few hours ago, the Indian Air Force took to its social media handles to unveil the first teaser of the game titled 'Indian Air Force: A Cut Above'.

The clip gives a glimpse of its gameplay, showing scenes of air-to-air dogfights, bombing targets with a range of IAF jets, including the MiG-21, Sukhoi Su-30MKI, Dassault Mirage 2000, HAL Tejas, and SEPECAT Jaguar.

Launch of #IAF #MobileGame : Android / iOS version of IAF developed Mobile Game (Single Player) will be launched on 31 Jul 19. Download on your Android / iOS mobile phone cherish the thrilling flying experience. The multiplayer version will soon follow. The Teaser of the game… pic.twitter.com/yhfOrOZxWV

You will also be able to fly IAF choppers

Though the missions of the game are yet to be revealed, the teaser shows a lot to look forward to.

Players would get the opportunity to take control of IAF jets as well as Mil Mi-17 attack helicopter, Boeing C-17 Globemaster transport aircraft, and a stationary anti-aircraft gun.

It even promises the best flight tech to enhance the experience of in-game pilots.

Plus, there will be a character inspired by Abhinandan Varthaman 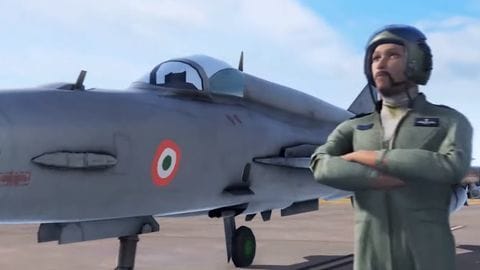 The teaser also shows that the game will feature a character inspired by Abhinandan Varthaman, the pilot who was held in Pakistan after an air-to-air dogfight at Indo-Pak border.

He sports a gunslinger mustache, similar to Varthaman's, but the role of the character still remains to be seen.

It's also worth noting that the title literally urges to fly and fight for their motherland.

Launch on July 31 for Android and iOS users

If you are interested in 'striking fear' in the hearts of your enemy and fighting for your nation, get ready!

The IAF has tweeted the title would be available to download on July 31 for both Android and iOS users.

We don't know its size, but if your phone can run PUBG, we are pretty sure this one would run well too.