How to enable Dark Mode in Gmail for Android 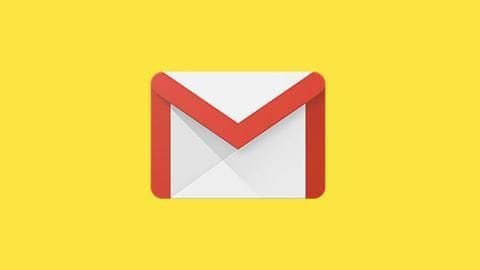 After bringing dark mode into a myriad of apps, Google is finally doing the same for its own emailing service.

Yes, just a few days after releasing Android 10 to the public, the search giant is rolling out the dark theme for Gmail as part of a server-side update.

Here's how you can get it on your phone. 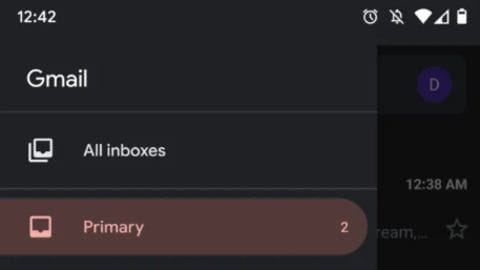 The capability comes in the form of a dedicated option, called 'Theme', that lets you choose a 'Light' or 'Dark' theme to tweak the interface of the program.

It also has a third option called 'System default' to automatically follow the system theme activated on the device.

How the dark theme would change Gmail's interface

As we have seen with other dark mode-enabled apps, this new theme gives a dark gray-ish shade to Gmail's UI.

The background of the app turns gray, the text turns white, while different inboxes are highlighted with red-colored accents.

Even the search box and other elements of the app are highlighted with different shades of gray for better distinction.

Naturally, this would make Gmail easier on your eyes

If you're constantly glued to Gmail, the new dark theme would certainly make the app easier on your eyes.

It will make navigation easier in dark environments, like in dark rooms at night, and also contribute towards saving more battery of your smartphones.

To recall, Google had said last year that YouTube's dark mode saved up to 60% more power than the light theme.

Here's how to enable the dark mode 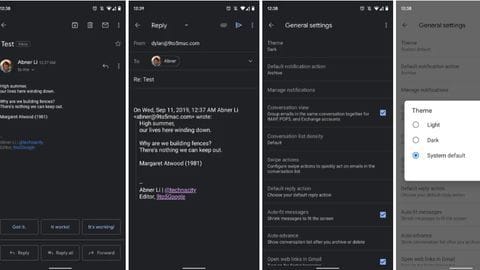 If the theme isn't available despite meeting the eligibility criteria, you might have to wait a bit.

#TechBytes: How to enable official dark mode in WhatsApp

Soon, you will get web page-like 'dynamic emails' in Gmail