Motorola RAZR foldable phone to be launched on November 13 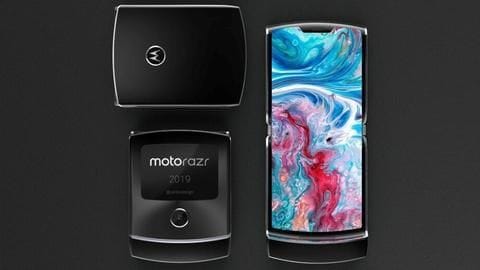 We've heard a lot about Motorola RAZR's comeback in a foldable avatar and it could finally go official as early as next month.

The company is sending out invites for a November 13 event in Los Angeles, California where it is likely to unveil the phone.

The invite doesn't clearly mention the RAZR name but it carries plenty of hints to get us excited.

Here's a look at Motorola's invite

The Moto Razr 2019 foldable to be unveiled on November 13. This is something refreshing.#Motorola #MotoRazr2019 pic.twitter.com/xqjydsj7Vk

What does the invite tell us

The invite teaser gif shows a device being folded and unfolded along with "An original unlike any other" text and the November 13 date.

According to the invitation, it is pretty much clear that Motorola will unveil its iconic RAZR flip phone in a new avatar.

Meanwhile, here's how the new RAZR will look like

The upcoming Motorola RAZR will feature a flip phone-like design like the original one but with a flexible OLED display on the inside.

The external shell will house a secondary screen and a single camera while the internal display will have a small notch, presumably to pack a selfie snapper.

On the rear, a fingerprint sensor will be concealed within the bat-wing Moto logo.

The phone is rumored to come with mid-level internals 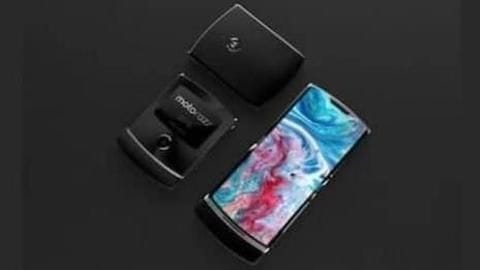 The RAZR is said to feature a 6.2-inch foldable display with a resolution of 876x2142 pixels. The external screen is likely to be an LCD screen for viewing notifications.

The device will be powered by Qualcomm's mid-range Snapdragon 710 chipset, combined with 6GB of RAM, 128GB of storage and a 2,730mAh battery.

To recall, in August, a report had claimed that the device would launch in the US and Europe in December at $1,500 (roughly Rs. 1.07 lakh). Surely, the phone will be expensive, considering folding tech is still in its nascent phase.