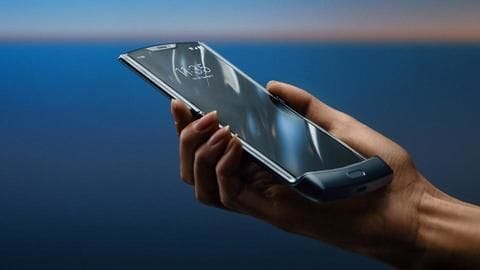 Just a month after unveiling its first foldable phone, Motorola is gearing up to launch the device in the Indian market.

The Lenovo-owned company has confirmed that the reimagined foldable avatar of the iconic Motorola RAZR phone will be debuting in India very 'soon'.

However, be warned, it will also be priced pretty heavily. 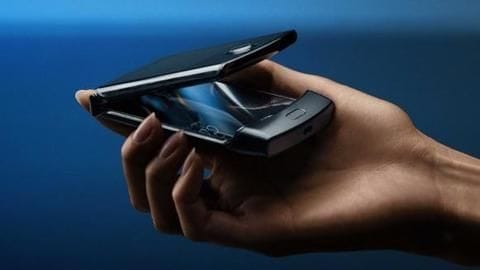 A few hours ago, Motorola shared a video teasing the India launch of RAZR on Twitter.

The clip said 'flip into the future' while its caption read "Get ready to #feeltheflip of #razr, soon in India."

Now, this indicates that the phone will debut soon in the country but the exact timeline - days, weeks, or months from today - still remains unclear.

The iconic #motorolarazr that's built to match your style. Get ready to #feeltheflip of #razr, soon in India. Register now and #bethefirst to know all about it. https://t.co/PEWSO8uzsQ pic.twitter.com/7J3tAONIBy

The timeline hasn't been confirmed, but with the new year around the corner, there is a good chance that Motorola could eye a launch around December-end or early January. Notably, in the US too, the phone will go on sale on January 9.

How much RAZR would cost in India?

While RAZR's launch is imminent, it will be interesting to see how much Motorola decides to charge for the device in India.

RAZR bringing back the days of flip phones 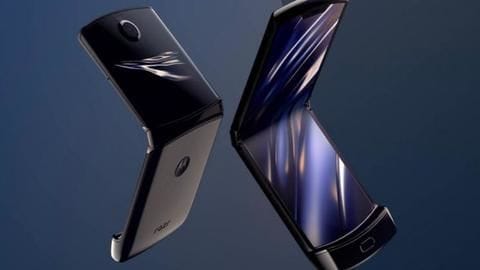 Motorola RAZR looks similar to the iconic RAZR V3 flip phone but bears a revamped clamshell design, thanks to a notched 6.2-inch Flex View OLED screen that folds completely into half and comes with HD+ (2142x876 pixels) resolution.

Once folded, the phone gives access to a secondary 2.7-inch (600x800 pixels) Quick View display for accessing notifications, music, and taking selfies among other actions.

What do you get under the hood?

Specifications-wise, RAZR offers the capabilities of a decent mid-ranger with Snapdragon 710 SoC processor under the hood.

The chipset has been paired with 6GB of RAM, 128GB storage, and a 2,510mAh battery which supports 15W fast charging.

All regular connectivity options, including NFC and Bluetooth 5.0, are also present on the phone but you'd have to go for eSIMs instead of physical SIM cards.

Finally, there are two decent cameras for shutterbugs 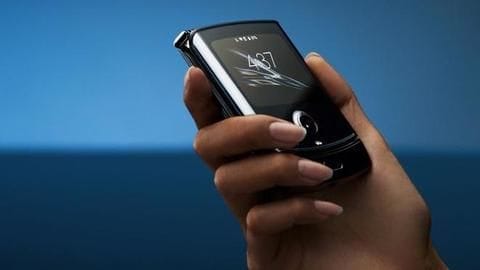 Motorola RAZR packs two decent cameras - one 16MP (f/1.7) shooter on the back (under secondary display) and another 5MP selfie camera on the notched foldable screen.

The selfie camera does the job pretty well, but thanks to the foldable profile, you can also use the 16MP camera for selfies by folding the device and launching the camera from the secondary screen.