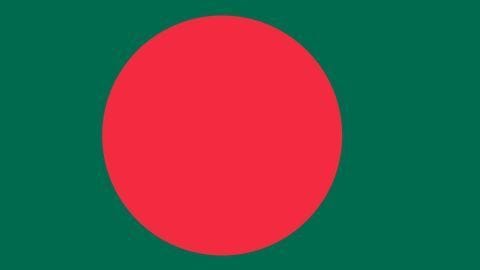 A majority of the gaming population in Bangladesh are now hooked to "Heroes of 1971: Retaliation".

The game which is the sequel to "Heroes of 1971" deals with the historic battle of Bangladesh to break away from Pakistan to form its separate entity.

While, it may appear harmless but with the government backing such a game, things are more complicated than point and shoot.

Points for killing Pakistanis, bonus for their supporters The game which was released in 2016 has now been downloaded almost 4 million times.

While, the focus is on killing Pakistanis to attain freedom, the latest iteration also lets the gamer punish the people who support them.

The entire experience is the brain child of the ICT Division, a government ministry, and the Bangladesh Computer Council, a state-run body.

In the back of the head Awami League, with this game hopes to remind the nation the cost of freedom.

A formidable one-party state by Sheikh Hasina, which has not been challenged since 2014 hopes that this will be effective to evoke patriotism.

While not failing to breed the notion that since they were the ones who brought about freedom, should be the ones better suited to govern them. Bangladesh has more than 12.9% people of its population of 160 million living in absolute extreme poverty.

5 million children in Bangladesh are engaged in child labour in one form or another.

The recent floods had a massive toll on Bangladesh with the death toll running in thousands.

"What do they want -- development or democracy?" A leading newspaper noted Bangladesh PM Sheikh Haseena saying that Bangladesh has managed to see more development under her era.

The newspaper also quoted her asking, "What do they want -- development or democracy?"

All this while, maintaining that she was the one who has always stood for democracy herself.

There is enough history to pass around India-Pakistan 1971 war was indeed a proud movement for Bangladesh, when it rightfully earned its freedom.

However, Bangladesh's ruling party seems more engrossed in promoting a video game that is more about killing "Pakistani's" than about freedom.

While ailing issues plague the common men of Bangladesh, it would take more efforts than a video game to bandage its wounds.

In a game series called Civilization, Mahatma Gandhi is not the peace loving man as we know him to be. In his game avatar he is a nuke loving person, who gets into fits of rage and drops a nuclear weapon at slightest provocation!