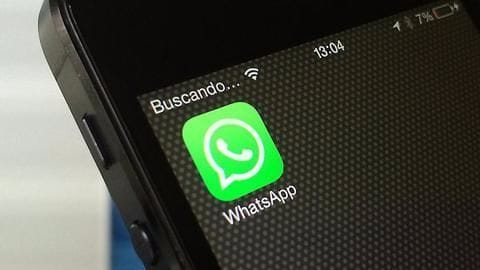 The Government of UK is creating pressure on WhatsApp for access to encrypted communications after the Westminister attack.

Reportedly, Adrian Ajao, the terrorist who killed four people on the Westminister Bridge used WhatsApp, minutes before he was shot dead in front of Parliament.

The UK Home-Secretary Amber Rudd said it was unacceptable that the authorities couldn't get their hands on the WhatsApp encrypted messages. Encryption is a way for two or more users to exchange a message securely.

In WhatsApp when a user sends a message to another user, the message can only be read by the sender and the recipient.

While WhatsApp does work with the authority to provide them with metadata like who contacted whom and when, the actual message remains secret, even to WhatsApp itself.

What does the Government want? Government wants the creation of a master key or cheat code, which will allow it to see all the details of a user.

Government argues that it will only be used if there was a warrant to access a suspicious user's messages.

However, having access may end up in security officials using it without the user's knowledge just on any random hunch.

Not its first dip in the sea of controversies WhatsApp's service has been blocked in Brazil three times in 2016 due to failing to provide information in a criminal investigation.

In 2016, WhatsApp announced that it would start sharing data such as contacts with Facebook, which caused protest over allegedly broken promises.

In 2015, software vulnerability was discovered in the web-WhatsApp putting around 200 million users at risk.

WhatsApp's use in other terrorist attacks The Berlin attacker Anis Amri in 2016 sent a selfie and a message saying he was "ready" to a contact in his phone, before he killed 12 people with a lorry.

Then again, giving up encrypted data isn't the best idea First of all giving a backdoor to government could end up being used by rogue officials to harass innocents.

Large-scale hacks with sensitive information getting stolen has become rampant and end-to-end encryption is the most reliable way to prevent it.

CIA leaks revealed that Government is hacking every possible smart device. In this scenario encryption might be the only way to protect users' privacy.

WhatsApp's co-founders Jan Koum and Brian Acton, who were earlier employed at Yahoo, were rejected by Facebook after which they devoted their full-time to WhatsApp. Now, as of January, 2015 it is estimated that around 30 billion messages gets sent and received daily on WhatsApp.