Wireless electricity transmission: The impossible is now a reality 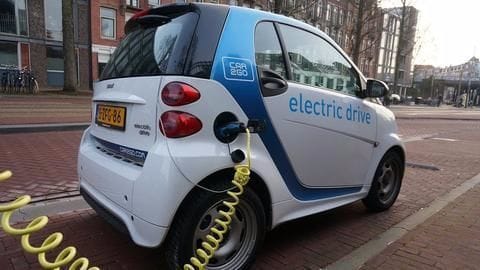 Scientists at Stanford University have developed a technology to wirelessly transmit electricity to moving objects.

The science breakthrough could charge smartphones, medical implants, and also electric vehicles on the go, something which seemed impossible until now.

If electric cars could recharge on the go, it will eliminate concerns and perhaps make electricity the standard fuel for vehicles.

Know more about the future technology! The scientists overcame a major hurdle to by wirelessly delivering electricity to nearby moving objects.

He added the amount of electricity transmitted needs to be significantly increased but there may be no need to push the distance further.

Transmission achieved much smaller than what electric vehicles need Their demonstration involved only a 1mW (1milliwatt) charge, which is billions of times smaller than what electric cars require, which often need tens of kilowatts.

They are now working to "greatly increase" the amount of electricity their technology can transfer.

They are also tweaking their system to extend the transmit distance.

The Professor of Electrical Engineering said: "We can rethink how to deliver electricity not only to our cars, but to smaller devices on or in our bodies. For anything that could benefit from dynamic, wireless charging, this is potentially very important." The technology would address a major drawback of electric cars, limited driving range.

A coil in the bottom of the car could receive charge from a series of coils connected to an electric current embedded in the road.

Some transportation experts imagine an automated highway system as a future possibility where driverless electric vehicles are wirelessly-powered by solar or other renewable energies. Also, it could assist the GPS navigation of driverless vehicles the accuracy of which is up to 35ft.

For safety purposes, autonomous vehicles need to be in the centre of the road where coils would be embedded that will also provide precise positioning for GPS satellites.

Soon, your smartphone could be charged 'in the air'