Dementia can be the reason why someone is walking slowly 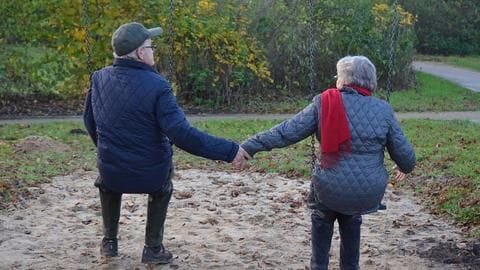 If one of the older family members is walking slowly, take notice rather than passing it off as a sign of advanced age. This can be a sign of dementia.

According to a recent research, older adults may suffer from shrinkage of the right hippocampus which leads to slowing gait and halted cognitive responses.

Why does it go unnoticed? The right hippocampus is responsible for memory and spatial orientation. Researchers found out that the participants with slow gait had the hippocampus in their brains shrinking over a long period of time.

This usually goes unnoticed as an indicator of dementia, since the change occurs over years rather than occurring all of a sudden.

Keeping all other factors in mind It is a given that there are several health factors that can lead to the slowdown of one's walking pace. But in this case, the participants who slowed by 0.1 seconds more per year compared to their peers were 47% more likely to develop cognitive impairment.

The conclusion was derived after keeping slowdown due to muscle weakness, knee pain and other diseases in mind.

Better be safe than sorry A fraction of second may appear minuscule but over the years they add up and then pose serious concerns.

Researchers at the University of Pittsburgh conducted this detailed study on 175 older adults aged between 70 and 79 over a period of 14 years to reach this conclusion.

So, if you're concerned on this count about anyone, get their brain scan done immediately.