Anand ousted by Anton Kovalyov; Karjakin crashes out as well 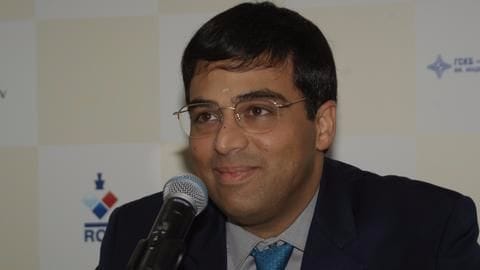 On Thursday, Canadian World No. 109 Anton Kovalyov knocked out Indian chess mastermind Vishwanathan Anand in the second round of the World Cup in Tbilisi, Georgia.

Having already lost with white pieces on Wednesday, the defeat was always on the cards for Anand.

No chance for Anand Anand is not known for his tenacity with black pieces, especially in must-win games.

In the past, the 47-year-old had earlier bounced back from several difficult situations in the World Championship matches. However, those matches were not the last classical games of the series.

Moreover, on Thursday, Kovalyo executed his plans to perfection giving Anand no chance for a comeback.

How Kovalyov executed his plans Kovalyov decided to start the game with c4 and then, in the 10th move itself, he opted for the queen exchange in the English Opening game.

With opposite-coloured bishops and knight, the end game in rooks, it wasn't too difficult for the Canadian to eke out a draw in order to get the half a point he needed to advance to the third round.