Virat Kohli & Co. were forced to declare their first innings on day 2 of 3rd Test at 536/7, as Delhi's smog played a spoilsport affecting the Sri Lankan players.

In a first international cricketing episode, the visitors wore masks while fielding and refused to continue playing, stopping the match thrice.

In this light, let's look at how smog has affected matches in Delhi.

Gamage and Lakmal leave the pitch due to uneasiness

The match was stopped thrice and Lankan players Lahiru Gamage and his pace colleague Suranga Lakmal left the pitch during play after struggling due to poor air quality in the stadium. 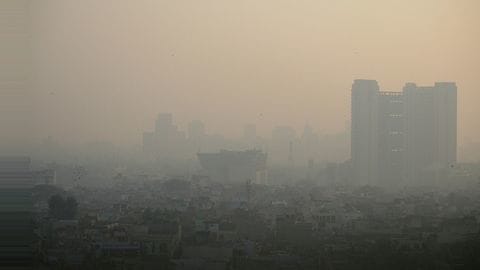 While Delhi winters are accustomed to smog, this year the pollution levels hit alarming levels with Indian Medical Association calling it a public health emergency.

Early November, BCCI cancelled two Ranji matches which were scheduled to take place in the national capital, due to smog. In the latest turn of events, FIFA U-17 World Cup director Javier Ceppi slammed BCCI for scheduling the India vs Sri Lanka Test in Delhi.

He tweeted saying, "You can't host sport events in Delhi from Diwali till end of Feb. We had to accommodate our whole schedule (FIFA U-17 World Cup) to avoid it and others should also think about athletes' health first."

With respect to 3rd Test which caused lot of on-field drama, Sri Lanka Cricket's spokesperson said, "Four players were vomiting. A couple of players were struggling to breathe...we were running short of substitute fielders and were explaining our problems to match officials."