IPL 2018: RCB's home-fixture against Delhi rescheduled due to elections The match was scheduled to take place on May 12 in Bengaluru, the day when 224 constituencies go to polls.

The match has now been swapped with the side's reverse fixture on April 21, which means RCB will travel to Delhi to play their May 12 match.

No matches at home for RCB during voting 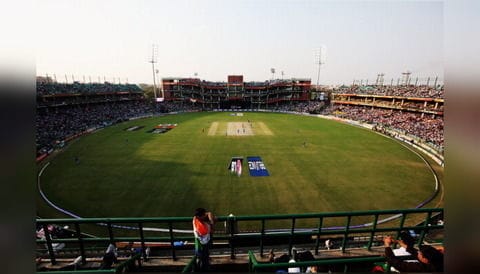 Now, again with the rescheduling of the April 21 home fixture against Bangalore, the first home match of Delhi at Feroz Shah Kotla gets pushed away by another two days.

Bangalore and Delhi have faced each other 19 times out of which Bangalore have won 12 matches and Delhi 6. One match was abandoned. Neither of them have won the IPL title yet.