David Warner's wife blames herself for the ball-tampering scandal 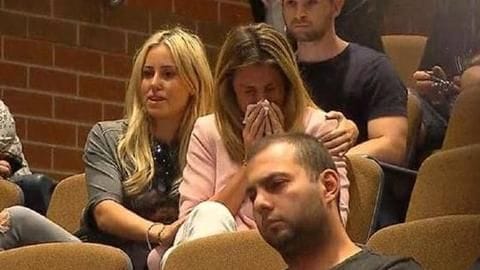 Opening up about husband David Warner's involvement in ball tampering scandal, Candice Warner blamed herself and said that the incident is "killing her."

"I feel like it's all my fault and it's killing me - it's absolutely killing me," she said.

She said that the taunts they faced in South Africa even before the ball-tampering incident took a huge toll on David Warner. Warner's family was also targeted by South African fans who hurled abuses at Candice for her tryst with New Zealand's rugby player Sonny Bill Williams, long before she met Warner.

Warner during the press conference

When asked whether abuse against Candice by crowd and allegedly by Quinton de Kock, led to his decision to tamper the ball, Warner said, "It's tough for me to talk about where my thoughts were on that day, given the previous circumstances in Durban." 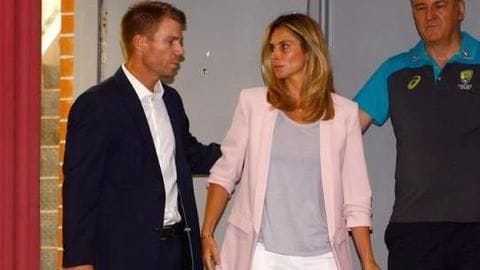 Speaking about the South African fans wearing masks of rugby player Williams, Candice said, "Seeing them wearing the masks. To have people staring and pointing and laughing at me, to have the signs...songs made up about me, I would have to sit there and cop that."

She mentioned how Warner would see her in tears and had to cope with that.

Candice said that she wasn't making excuses for David Warner's behaviour in the scandal. She called for sympathy and patience from Australian public after this horrific month and said that Warner was struggling to cope with the one-year ban.