FIFA World Cup: Contenders for the Most Entertaining Team award 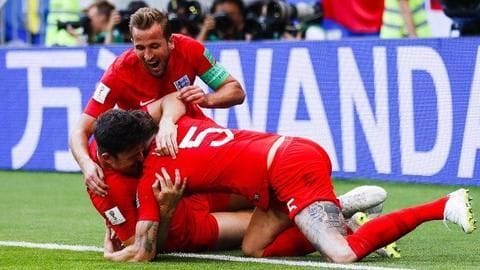 The ongoing FIFA World Cup 2018 has reached its business end after the completion of the quarter-finals.

Now it's time for the last-four battle before the finale on July 15.

Several teams have entertained us throughout the group stages and then the round of 16 and quarters.

But which side can bag the award for the 'Most Entertaining Team'?

Let's have a look. Russia have, so far, been the team of the tournament.

A 5-0 win against Saudi Arabia kicked off their campaign, before an exciting 3-1 result over Egypt.

Their best game came in the round of 16, when they defeated Spain via penalty shoot-out.

Against Croatia, the game went to penalties, but Russia lost 3-4.

But the best moment was Denis Cheryshev's exquisite long-range goal.

Belgium have peaked at the right time The Group G winners made a spirited comeback against Japan after trailing 2-0 to win the round of 16 fixture by a margin of 3-2.

The world number 3 team then stunned Brazil 2-1 after another solid display of counter attack. England should also be credited for producing some fine moments.

Their 6-1 win against Panama was a goal-fest and one should not forget the late drama in the victory against Tunisia when Harry Kane scored the winner in injury-time.

The win against Colombia saw them break the penalty shoot-out jinx at World Cups.

It was followed by a superb win against Sweden.

Croatia too have been entertaining

Croatia have produced fireworks and the best was the 3-0 win against Argentina in the group stage. In both their knock-out ties against Denmark and Russia, they have won via the penalty shoot-out. One can't rule them out yet.