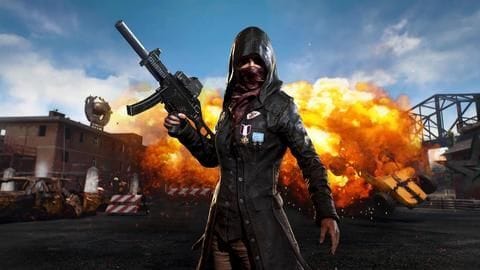 PlayerUnknown's Battlegrounds or PUBG is one of the most popular online multiplayer games out there.

Players can compete in solo, duo or squad mode, in the 'Battle Royale', to get the 'chicken dinner'.

However, among 100 players, if you have to emerge victorious, you need to pick your weapons wisely.

How have we analyzed the weapons?

The analysis of the weapons has been based on the range, damage, accuracy, and firepower. Players might notice that some of the guns are missing. However, since not all guns are available across platforms, we have stuck to the guns which all players can access.

The best for an adaptive gameplay 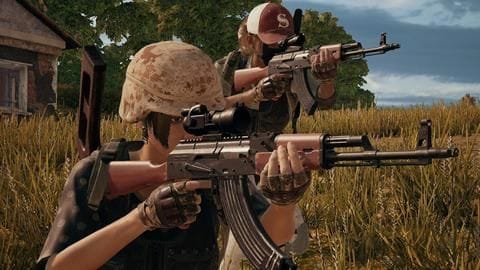 AKM is one of the best guns early in the game. It has a high damage rate, but more recoil and less accuracy.

M16A4 and M416 have good range and damage but slow firing-rates. Players might want a SCAR-L.

Both Groza and AUG A3 are available at air-drops. They have high damage but the latter is slightly inaccurate.

Guns give you second chances too 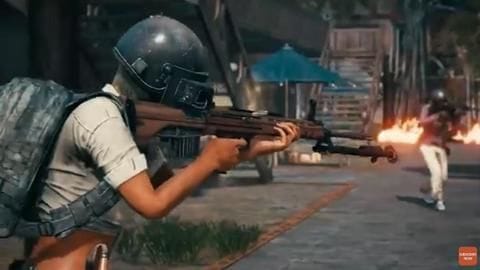 DMRs are like snipers except they have burst fire modes.

The Mini 14 has high damage and range. However, the burst fire mode is inaccurate due to recoil.

SKS and SLR are the most balanced guns here.

MK14 EBR is available only at airdrops. It is the best DMR with a fitted suppressor and bipod to minimize recoil.

They will never see you coming.

One shot, one kill: Death from afar 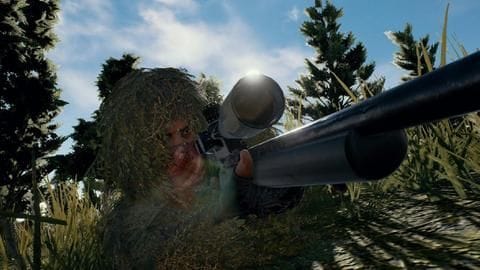 Snipers are campers. No going around it.

If you prefer shooting from afar, go with an AWM or M24. Available at airdrops, these guns have incredibly high damage, range, and almost no bullet drop. This ensures high accuracy.

In-game, the Kar98K has the best accuracy and range. However, the reload time is a setback.

VSS is the least favored for its high bullet drop.

For its range and scope, the VSS Vintorez might be categorized it as a sniper. However, the burst fire mode in the gun could fairly place it as a DMR. Nonetheless, it still remains the worst possible choice in both categories.

A rush of blood to the head 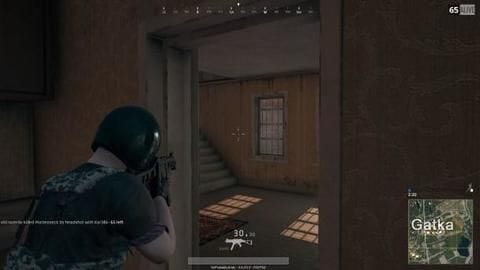 SMGs are for players who prefer rushing, like yours truly.

The best SMG is the Vector. It is the steadiest and can fit maximum attachments making it a formidable weapon.

The next best, stability and damage wise, is UMP9.

The Tommy Gun is heavy damage, but inaccurate as it can't fit a scope.

Micro UZI has the fastest firing-rate, but low damage and accuracy. 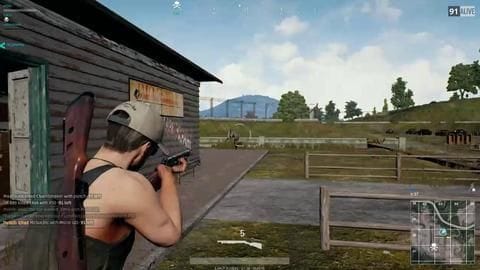 If its early in the game and you are in dense urban areas, pick up shotguns. Incredibly lethal at close range, shotguns are the best for close-range fights.

The S1897 and S686 are evenly matched and players can opt for either. The former has a higher magazine capacity.

The sawed-off shotgun has the greatest maneuverability.

S12K is the best shotgun for high firing speed.

Spray and pray with these guns 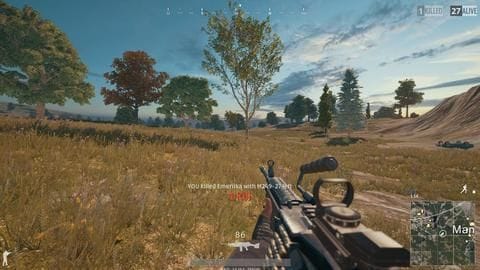 LMGs have the highest firing rate. However, they are heavy and render players immobile.

They can fit scopes, but do not have much accuracy. Further, the reload time is incredibly long.

The M249 is obtainable in airdrops and has greater magazine capacity. The DP-28 has more power.

We suggest using LMGs, only in squad mode, to provide cover fire and pin down enemies.

Melee weapons and their uses

Melee weapons are ineffective later in the game. However, if you have a melee weapon at the start and see an unarmed player, go for a kill. Sickle, pan, crowbar, and machete are the options available. They deal equal damage but the pan stops bullets! 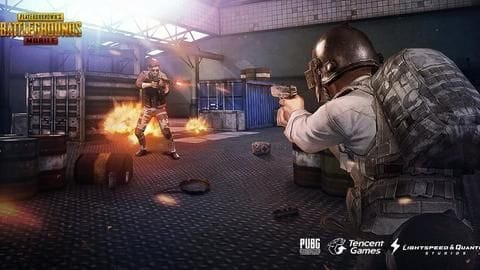 Pistols are one of the first weapons you should pick if you are weapon-less.

R1895 and R45 are the strongest handguns with maximum damage. But they have low firing rates and more recoil.

The P18C is best for the full burst mode and offers great firing rates.

P1911 and P92 are excellent for quick firing. Both guns are semi-automatic and deal almost equal damage.

Don't bring a bow and arrow to a gunfight

PUBG also has a crossbow. The weapon deals heavy damage, is silent and virtually undetectable. However, a major drawback is the reload time. It takes some time to load another arrow, leaving players exposed to attacks. It is unwise to use during gunfights.

You can download Fortnite via Galaxy Apps by following the mentioned steps: (1)open Galaxy Apps, (2) Find the Fortnite icon featured on the main page and download it. To download via the Games Launcher, open the Games Launcher app on your device. If you don't see the game icon, slide your finger up the screen to view the list of apps available within the launcher.

You can download PUBG Mobile lite through Softonic or Google Play Store. The visuals of this version are similar to the original game. The size of this lighter version is approx 340MB.