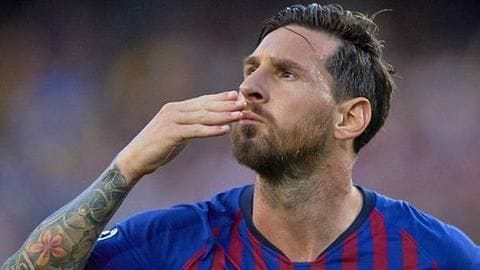 He thumped in his 8th Champions League hat-trick.

With this, he overtook Cristiano Ronaldo in terms of most number of hat-tricks.

Messi now has 103 Champions League goals to his name. He is behind CR7, who has 120 goals.

Here we look at the Argentine's UCL hat-tricks. 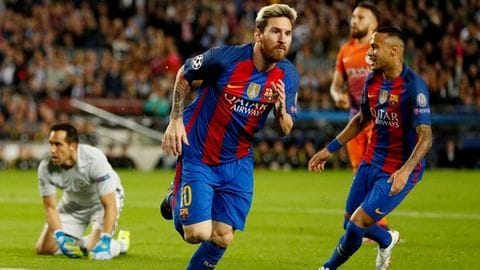 In 2016-17 season of Champions League, Messi scored a total of 11 goals and two hat-tricks.

Messi netted in a sumptuous hat-trick against Manchester City, whose manager Guardiola saw his team decimated by Barcelona, whom he had helped become one of the best.

Messi also scored a hat-trick against Celtic in a group stage match, which saw Barcelona stomp 7-0 over their Scottish rivals. 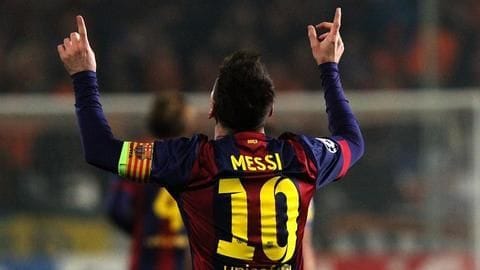 APOEL, the club from Cyprus, saw Messi at his very best in 2014 when they were thumped 0-4 at home by the Blaugrana.

During the 2013 group H opener match against Ajax, Messi scored another hat-trick and Barca cruised over their opponents with the scoreboard reading 4-0.

Bayer Leverkusen and Plzen have also been Messi's victims 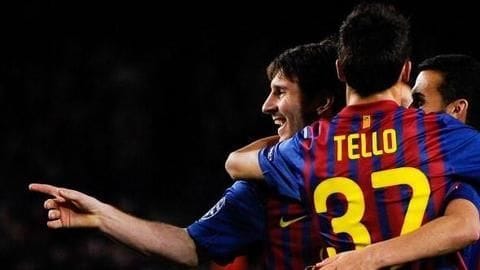 Messi scored five goals against Bayer Leverkusen during the 2011-12 knockout stages of the Champions League.

It still is the only time, someone has scored 5 goals in a Champions League match.

Messi scored another hat-trick in the same tournament's group stage against FC Viktoria Plzeň, which helped Barca sail into the knock-out stages.

Wenger's Arsenal were routed by a Messi masterclass 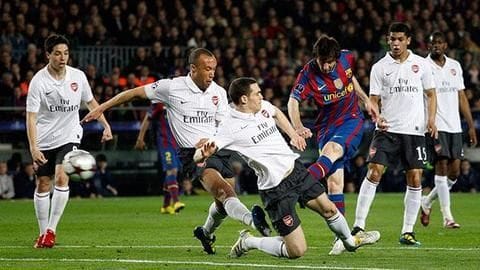 The 2010 Champions League saw Arsenal face Barcelona in the quarter-finals and Messi was at his lethal best in the match.

The Argentine magician replied to Arsenal's opener in style, scoring his hat-trick well before half-time.

He fired again with a stunning goal in the second half and took the aggregate to 6-3 in Barcelona's favor.