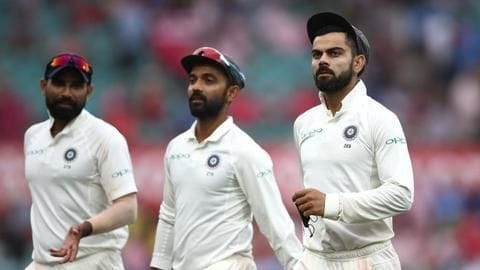 Team India will be happy with the proceedings on Day three of the ongoing Test match against Australia at the SCG.

Indian spinners ruled the roost on a flat Sydney pitch.

Here are the key moments.

The Indian spinners bowled exceptionally well. Kuldeep Yadav picked up three wickets. Ravindra Jadeja was instrumental with figures of 2/62. The cause was also helped with some ordinary batting by the Australians. Marcus Harris was the top run-scorer (79).

Australian batsmen fail to make merry on a flat deck 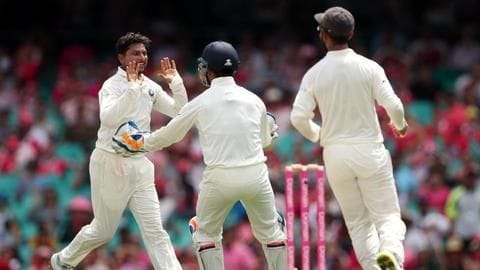 The Aussie batsmen should have been among the runs on a pitch that assisted batting.

Instead, they found themselves losing wickets at regular intervals.

Some of the senior batsman played some rash shots to get out.

Nobody took a leaf out from India's centurion Cheteshwar Pujara.

Australian batsmen found ways to get themselves out.

The application will hurt them dearly.

Harris misses out on a century 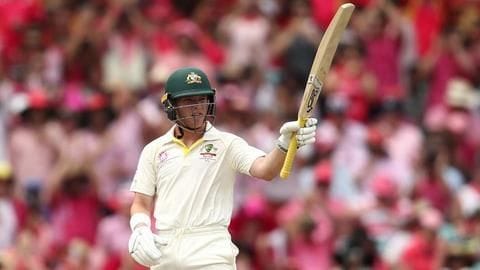 Marcus Harris looked like the only one who showed some fine moments with the bat.

The opener struck a well deserved 79 from 120 deliveries.

He was seen shaking his head after a soft dismissal.

Harris knew that a century was there for the taking.

He did all the hard work and he paid the price for his indecision. 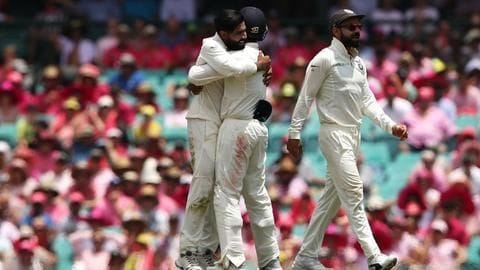 Both Kuldeep and Jadeja kept things simple and were patient for the wickets.

The two bowlers picked five wickets between them and tempted the Aussies throughout.

Kohli turned up to them for majority of the day's play.

Kuldeep and Jaddu bowled 51.3 overs between them.

They hardly gave anything away and kept the Aussies at bay.

How many runs did Australia manage to score on Day three?

The Aussies ended Day three at 236/6 and they trail India by a whopping 386 runs.

Who was the top performer for the hosts?

Opening batsman Marcus Harris (79) was the top performer for the hosts.

How many wickets did the Indian spinners take?

What was the major issue for the Aussies?

The batsmen threw their wickets away on a flat Sydney deck.